So, Jim Wells, despite his fears to the contrary, is going to run for the DUP in South Down. He was kept waiting until the very last weekend before being ratified to run with 43 others as an official DUP candidate in the May election.

In fairness, despite the speculation, it has never been clear just who would have run in his place. But what is clear is that Mr Wells will not be facing any local hustings events. 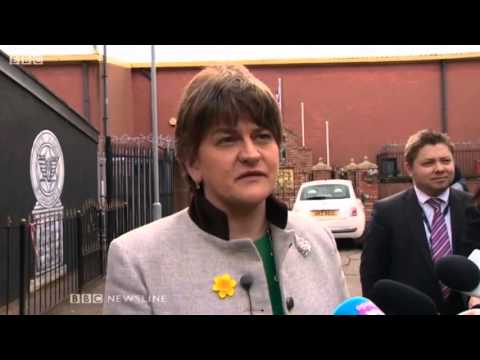 Certainly, as a rule, they don’t do incumbents many favours. Besides, as noted recently by Professor Niamh Hourihan on RTE recently, the PR STV system gives rise to a transactional politics, which is probably best served by doorstepping than Hustings.

Nevertheless, I doubt the DUP will dump them altogether. The SDLP’s West Tyrone MLA Daniel McCrossan noted “not everyone in the audience is placed there, some of the are genuinely asking questions they want answers to… ”

There are open forums which give a competitive airing to all views on a range of policy subjects. It’s not so much the answers that are wanting at hustings – and in political journalism more generally – but the sort of generative questions that develop light rather than heat.

In the age of instantaneous moral outrage – which is usually partisan and usually aimed at taking out the man rather than playing the ball – it is a risk the DUP wants to manage by largely not going there.

And yet, as Louis Mac Neice noted in his great whimisical poem on the way of the world…

The glass is falling hour by hour, the glass will fall forever,
But if you break the bloody glass you won’t hold up the weather.