Skip to content
Sinn Fein continues their schizophrenic approach to the EU:
Michelle O`Neill has stated that

She failed to mention that the UK  has almost 70 per cent of Europe’s fishing grounds but only 13 per cent percent of its fishing quota. The Common Fisheries Policy opened up the UK’s fish to all EU member states. Now we must import fish species such as cod, haddock and huss that our own fishermen are forced to throw overboard – usually dead – because of EU rules (£130 million of fish is dumped annually under the EU’s Common Fisheries Policy.). By leaving the EU we can give our fishing industries a huge boost.”
This is echoed by Sinn Féin’s Ireland South MEP Liadh Ní Riada who is meeting with European Commissioner Karmenu Vella to discuss “the negative state of Irish fisheries, the existential threats to the livelihoods of native fishermen and their marginalisation by the government and the EU compared to their counterparts…”

I have consistently made clear the substantial contribution which Ireland makes to the EU economy in terms of the value of the fish taken by other member states from Irish waters.

@sinnfeinireland @moneillsf “reap the benefits”… I mean seriously.. lol. €1.4bn in fish given away for a few magic beans… We were idiots

The WWF (World Wildlife Fund) Mid-term review of the Common Fisheries Policy, October 2007 examines the management of the fishing territories by the EU.  Page 5 states “Regarding the ecosystem-based management and discarding, Section 4 notes the lack of action to eliminate wasteful fisheries until now. The study shows that each year between 20% and 60% of catches are discarded in most fisheries, undermining both the effectiveness of conservation measures and the overall health of the ecosystem.”
Sinn Fein have stated our agriculture industry and rural communities continue to reap the benefits of European Union membership through the Rural Development Programme. Do Sinn Fein think this is free money?  This is UK taxpayers money.  Leaving the EU would save £55 million per day. UKIP have outlined a UK Single Farm Payment to replace the EU equivalent.
Northern Ireland deserves better than Sinn Fein `economic lunacy`.  UKIP are the only party that have produced a fully costed manifesto signed off by respected economic think-tank the Centre for Economic and Business Research.

@moneillsf There was a time when your party opposed the EEC. Now the party is pro EU. #SinnFein 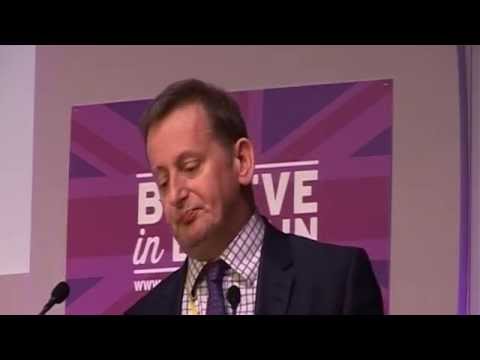 Alan Day (aka @Kilsally) is te UKIP candidate for Mid-Ulster