As the Gardaí confirm that a file is being prepared for the Director of Public Prosecutions relating to the alleged sexual assault of Paudie McGahon and another male in the 1990s, further questions are being asked of Sinn Fein’s handling of the issue.

Gerry Adams, and his party, accept that both Maíria Cahill and Paudie McGahon were raped. Both allege they were assaulted by senior figures in the republican movement. 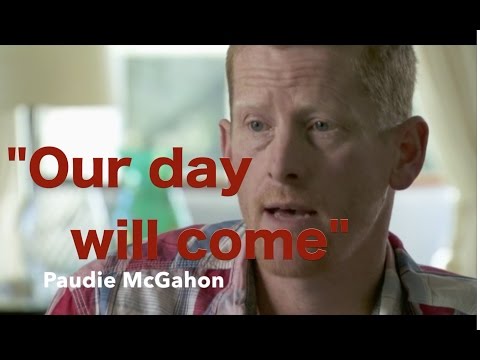 Broadcaster Pat Kenny asked Gerry Adams if he knows the name of the alleged rapist and he said he did.

“A prominent republican activist, is this a fair description of him?”

And Adams replied: “Let me say if he is, he didn’t do any of this, if its true, in the name of the republican cause or in my name.”

If he is? One would expect a man of Gerry’s top-level experience to recognise a senior activist.

And back in Leinster House,the Taoiseach insisted that questions remained unanswered.

“I listened this morning to the interview given by the president of Sinn Féin, Deputy Adams and found it quite incredible. If this happened to any other leader of any other party down here . . .”

Labour’s Robert Dowds filled in the missing words: “He’d would be gone. She’d be gone.”

Perhaps more interesting is the question of whether Adams and others within Sinn Féin have breached party policy on reporting child abuse.

Cllr. Reilly stated that in 2003 the party instigated a policy whereby members who were aware of instances of child abuse should report them to the party chair. The policy “evolved” in 2006 when any such reports should be submitted for use in a court of law.

So, the following questions:

You can watch the entire Spotlight documentary on Paudie McGahon here: