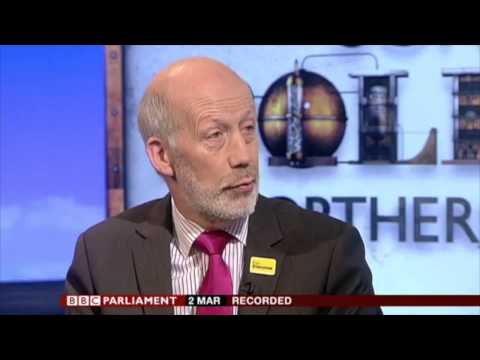 David Ford: The system is full of anomalies mostly because the way that the peace process was addressed by the British government making concessions and side deals with whoever was most difficult at the time so that lesser value in our living with those anomalies people like me try to actually get the justice system to work properly today.

Mark Carruthers: You can understand how unionists are pretty angry that they can what they perceived the IRA potential people involved in Irish Republicanism and potentially involved in violent crime are given, as they call it, a ‘get out of jail free’ card while soldiers who were on duty on I in 1972 in Derry may yet face prosecution after more than forty years.

David Ford: Yes, but the fact that somebody was on duty doesn’t mean that they didn’t commit a crime. The issue is to ensure that when the law is enforced it is enforced within the law. That’s the way the Police Service operates and that’s the way the highest standard should be held for those who are responsible as agents of the state. But we do have to look at the practical realities as to what may or may not be possible without saying that that means we draw a line at least effectively granted amnesty without any attempt to get justice where justice as possible.

Mark Carruthers: And your advice to Peter Hain at the moment would be what?

David Ford: I think peter is no longer the Secretary of State I’m not sure that his advice has not been particularly received in different areas. Perhaps the best thing he could do would be be to give a full account of everything he did to the Inquiry which is now underway.

Mark Carruthers: In the Sunday Times Peter Robinson has accused Peter Hain of misleading Parliament over the OTR letters in 2006 and 2007. Peter Hain strongly refuted that but when you look at what he said in Hansard it makes for interesting reading doesn’t it?

David Ford: It certainly appears to be something less than the complete truth. For example I’ve heard Peter Hain say “I have stood up in the House of Commons and said that this has to be addressed”, as if this was somehow was saying “this is how we’ve addressed it”, including the letters. So I think he needs to examine his precise background and perhaps that’s something a judge will be doing over the coming months.