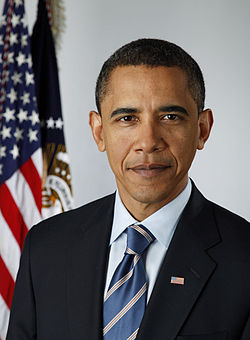 President Barack Obama is due to give an open-air speech on Dublin’s College Green on Monday afternoon. That a huge crowd will be there to hear him is not in doubt. Neither is the President’s speech-making ability. Indeed, it has been one of the hallmarks of his presidency and the campaign which preceded it.

Remember the foreign policy speech he gave in Berlin in July 2008 to an estimated crowd of 200,000? It was great.

He spoke about the US supporting peace and democracy in the Middle East:

This is the moment we must help answer the call for a new dawn in the Middle East. My country must stand with yours and with Europe in sending a direct message to Iran that it must abandon its nuclear ambitions. We must support the Lebanese who have marched and bled for democracy, and the Israelis and Palestinians who seek a secure and lasting peace.

Then there was his Cairo University speech in April 2009, just months after moving into the White House, when he suggested “a new beginning” in US-Middle East relations. That was great too:

But I do have an unyielding belief that all people yearn for certain things:  the ability to speak your mind and have a say in how you are governed; confidence in the rule of law and the equal administration of justice; government that is transparent and doesn’t steal from the people; the freedom to live as you choose.  These are not just American ideas; they are human rights.  And that is why we will support them everywhere.  Now, there is no straight line to realize this promise.  But this much is clear:  Governments that protect these rights are ultimately more stable, successful and secure.  Suppressing ideas never succeeds in making them go away.  America respects the right of all peaceful and law-abiding voices to be heard around the world, even if we disagree with them.  And we will welcome all elected, peaceful governments — provided they govern with respect for all their people.

I do like a good speech. I have a whole book of them at home. And I appreciated the carefully nuanced and generous words of the Queen and President McAleese this week.

So, what are we to make of Obama’s speech yesterday, billed as a major public statement of US positioning on the Middle East, simultaneously translated into Arabic by the State Department?

Certainly there was much to like about the rhetoric. Obama specifically pointed to the government of Bahrain, a US ally, and told it to embrace political change and to release political prisoners:

You can’t have dialogue when parts of peaceful opposition are in jail.

Likewise, his call for peace negotiations between Israel and Palestine based on 1967 borders was good, as far as it goes, although it omitted much detail, like a timetable for progress for instance:

For decades, the conflict between Israelis and Arabs has cast a shadow over the region. For Israelis, it has meant living with the fear that their children could get blown up on a bus or by rockets fired at their homes, as well as the pain of knowing that other children in the region are taught to hate them. For Palestinians, it has meant suffering the humiliation of occupation, and never living in a nation of their own. Moreover, this conflict has come with a larger cost the Middle East, as it impedes partnerships that could bring greater security, prosperity, and empowerment to ordinary people.

Let’s not forget that the rhetoric on human rights and democracy was particularly strong in his 2009 Cairo speech.  Yet, to many human rights activists in the region and further afield, the Obama Administration has spent the past two years failing to live up to those words and being ‘behind the curve’ of the Arab Spring. When the people took to the streets of Cairo a couple of months ago, the US hesitated to offer them support, late into the day still trying to defend Mubarak’s position in power.

So, it was telling that yesterday President Obama felt the need to say:

We have the chance to show that America values the dignity of the street vendor in Tunisia more than the raw power of the dictator.

Yet, sadly, his speech again was filled with the double standards that have long undermined the credibility of US policy in the region. Obama condemned the shooting of Syrian protesters by Syrian security forces, but he maintained the US silence on the killing of Syrian demonstrators by Israeli soldiers just last week. Apparently, who shoots a Syrians matters.

The President demanded the release of political prisoners in Bahrain, but mysteriously failed to mention similar prisoners in Saudi Arabia or the United Arab Emirates. Why? Surely not the ‘raw power of the dictator’ or the natural resources they control?

Over recent years, we have all become used to President Obama’s fine words. We’ll hear more of them in Dublin on Monday. They are no longer enough.