Assembly election coverage #sdo11 hyperlocal-style is up and running on newcastlerocks, with hustings coverage, runners and riders analysis, and the first of a few interviews with South Down candidates focusing their hopes on the electorate in and around Newcastle.

There’s one with Sinn Féin’s Willie Clarke online and another, just-posted interview with Jim Wells of the DUP, whom I met while out canvassing the town’s Tullybrannigan Road area last evening. One of the blog’s followers responded to my twitpic (@newcastle_rocks) from the Wells interview that there wouldn’t be many votes for him in that area of town. If so, fair play to Jim and every other candidate out canvassing beyond their natural vote catchment area on these Spring evenings.

Of course, those second, third and fourth preferences really matter in this election. Jim Wells – a pretty seasoned observer – reckons that in South Down the first five seats will go, in no particular order, to the SDLP’s Margaret Ritchie and Karen McKevitt, Sinn Féin’s Caitríona Ruane and Willie Clarke, and – he hopes – himself.

He predicts the sixth seat will come down to a battle between UUP deputy leader John McCallister and the SDLP’s Eamonn O’Neill, current Chairperson of Down District Council.

Here’s what else Jim Wells had to say for himself. Meanwhile, any thoughts on what should constitute good hyperlocal election coverage? 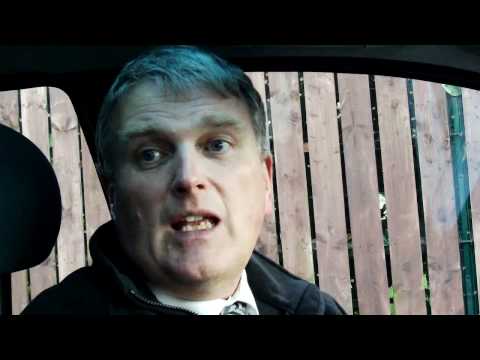