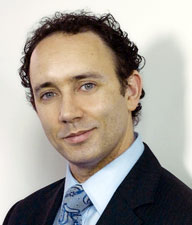 Following the elevation of West Belfast MLA, Alex Attwood, to the Executive post of Social Development Minister, the suggestion that SDLP Leader, Margaret Ritchie, was preparing to appoint newly appointed MLA, Conall McDevitt, to the position of Chairman of the Enterprise Committee has apparently caused considerable rancour within the SDLP.

So much so that some within the party clearly saw fit to leak the information into the public realm, embarrassing the party leader within a week of an election. Other leading figures – not least of all Conall’s senior constituency politician, Alasdair McDonnell MP – have complained bitterly to the leader in a move which suggests that all remains far from well within the upper echelons of the party.

According to Martina Purdy’s report, the fallout from Ritchie’s attack on the SDLP’s Fianna Fail wing at the Irish Labour Party conference may go some way to explaining the reaction of senior party representatives.