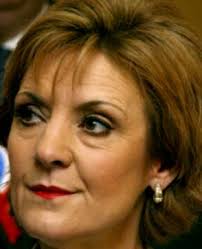 AFTER Christmas I announced that I did not intend to seek re-election for any public office. I did this to allow the party and my colleagues to make preparations and move forward. However, I also indicated that I would want later to explain what lay behind my decision.“I have had physical health problems for most of my life but very few were aware that over recent years those medical problems were both physical and mental.

“Thousands of people suffer from mental illnesses of varying levels of gravity. In public life we are the last to seek out help. I am deeply appreciative of the many hundreds of messages of understanding and comfort that I have received over the last week – many from those who, like me, have faced similar challenges in life.

“I know there will be media interest in these issues so while I need space to recover, I want to explain further.

“For me, my illness led to severe bouts of depression which altered my mood and personality. I fought with those I love most – my children and friends; saw plots where none existed and conducted myself in a manner which was self-destructive and out of character.

“During this period of serious mental illness I lost control of my life and did the worst thing that I have ever done.

“Over a year and a half ago I was involved in a relationship. It began completely innocently when I gave support to someone following a family death. I encouraged friends to assist him by providing financial support for a business venture.

“Regrettably, the relationship later developed into a brief affair.

“It had no emotional or lasting meaning but my actions have devastated my life and the lives of those around me.

“Everyone is paying a heavy price for my actions. Psychiatrists may suggest that my mental illness was a significant factor explaining my irrational behaviour – I do not, in any way, question or doubt their judgement – but in order to master my life I do not want to dilute the blame or resist taking full responsibility for my actions. I am completely ashamed and deeply embarrassed.

“I am aware that I did not only hurt Peter, I hurt my family and friends. I let down thousands of people who placed their faith in me and though my medical condition was a factor I was not, at this time, true to the values I professed. I grieve that I have damaged my profession in Christ but I am comforted that He was able to forgive even me.

“I would pay any price on Earth to take back the wrong I have done and the hurt I have caused to those around me. I love my husband more than I can ever say. I know this more now than ever before.

“So great was my guilt and regret that I tried to take my own life ten months ago. I have received the best of care and support both from family members and from health professionals.

“While, as might be expected, I am struggling at present with my illness and receiving treatment I am determined to regain my health and strength and work to repair the damage I have caused to my marriage and family.

“I do not deserve a second chance but I have been given one. Nothing is more important to me.

“I sincerely apologise to all those I have hurt and let down. I have inflicted deep pain on my husband Peter, my family, friends, staff and all those who have supported me. I am so, so, sorry.”