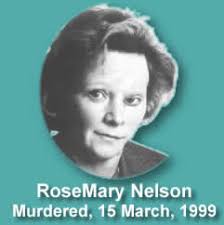 Susan McKay has been following the Rosemary Nelson Inquiry and she raises some disturbing questions about the attitude of the RUC Special Branch to the solicitor, whom many believe to have been implicated in the killing. In the light of ‘evidence’ provided to the Inquiry by an unnamed RUC Special Branch figure regarding claims Nelson was an ‘immoral woman,’ McKay repeats some of her own evidence provided to the Inquiry, which cast a light on the attitude prevalent within the Orange Order and loyalism towards the solicitor. On the rumours spread and repeated to McKay by figures within both, she says:
“They were indicative of hatred. These people hated Rosemary because she was clever and could outsmart them in the courts on behalf of the Garvaghy Road residents. Because she had successfully defended IRA men. Because she was drawing international attention to their bullying ways. Because she was a Catholic and they hated Catholics, and killed quite a few during the events known as Drumcree.”