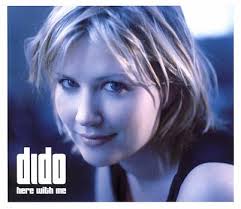 Having apparently taken a rest from his foray into Scottish football, DCAL Minister, Gregory Campbell, has launched an attack on singer Dido for (wait for it) including a couple of lines from a ‘rebel’ song in one of the songs on her album. The song lyrics (here) are apparently too much for Gregory, who wants the daughter of an Irish publisher (with Irish roots, no less) to “clarify her position so that her fans and the wider public knows where she stands on these things.”