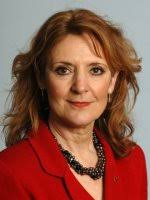 It was rather fitting that, in the week Brian Feeney labelled the Robinson-led DUP as the ‘Nasty Party,’ First Lady Iris lays out her views on turning around homosexuals. Iris had called for the portrayal of gay people to be banned from TV only a week earlier- when she also complained about not being able to use the term ‘coloureds.’ Ahh, for the good ol’ days Iris, eh???