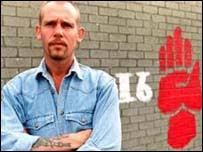 WITH the focus today on the Nelson Inquiry, it almost slipped under the radar yesterday that something very odd was happening over at the Wright Inquiry. Evidence had been due to be heard yesterday and today from Duncan McLaughlan, the Governor of Maghaberry Prison when Billy Wright was assassinated, but a halt was called to proceedings after the Crown Solicitors Office withdrew legal representation from McLaughlan.

This was after McLaughlan had presented his legal representatives with “significant” new documentation on Sunday which may affect how the evidence of future witnesses, including McLaughlan, is approached and could even lead to witnesses being recalled – clearly implying that there the Inquiry has not been told everything it should have been.

The legal rep for Wright’s father said the development “tends to suggest that there has not been the full cooperation from those involved in the Prison Service that this Inquiry is entitled to expect and which he was assured by Government would be afforded to this Inquiry, and we find this position most unfortunate and quite outrageous”. The chairman agreed it was “unfortunate”, and McLaughlan won’t be giving evidence now probably until June.