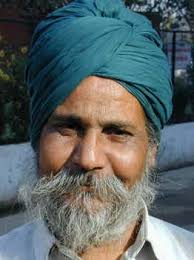 THE Metropolitan Police Sikh Association has strongly criticised the Irish Republic’s police service over its refusal to allow a Sikh man in training for the Garda Reserve to wear a turban while on duty. The man has been told to wear a standard issue hat, prompting a debate in the south over whether immigrants should adapt to the values and norms of their new home, or whether their adopted country should show greater respect towards other religions and cultures. Elsewhere, Bock the Robber admits a degree of confusion (but comes down against the turban), while the response from Stormfront Ireland is predictable. On the other side of the fence, Sikhnet has started a campaign to overturn the ban. Wonder what the PSNI policy is? UPDATE: Will Crawley covered this debate in Sunday Sequence, which can be heard here. Noteably, Irish Integration Minister Conor Lenihan dodges the issue of whether it’s OK for Gardai to wear crosses or crucifixes… UPDATE 2: The PSNI has said: “Ethnic minorities in the PSNI will be allowed to wear a turban or other religious headwear on duty, provided it does not pose a safety risk”.