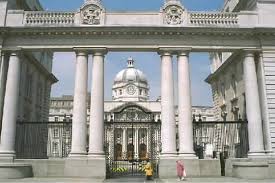 With the Leinster House D-Day less than 72 hours away, I thought I’d run down the list of Sinn Fein candidates worth watching when the counting begins on Friday.

Sinn Fein enter the election with 5 TDs, and hopes are obviously high that the number returning will represent a significant advance on that figure. The list I’ve made is from my own observations and stretches from those whose failure to get elected would represent a disappointing turnout for the party to those whose elections would be contingent on a slight underestimation of the party’s expected performance in the polls to date.

For the record, I’m putting my neck on the line and going for a nice figure of 10 seats as a great return for the party; enough to establish Sinn Fein firmly as the fourth largest party in Leinster House and a possible kingmaker in the time ahead.Here’s my list of ones to watch. If you’re a republican (or even someone who can’t stand the sight of us) the election of these individuals will indicate whether or not Sinn Fein are going to make that extra breakthrough this time around.

Those ‘Well-Fancied’ (6-10)
Sinn Fein are tipped to take at least one- and by many- two seats in Donegal between the two constituencies, whilst the other heavily fancied candidates are to be found in Dublin.
Mary- Lou McDonald (Dublin Cntrl- 4 seater)
Pearse Doherty (Donegal SW- 3 seater)
Padraig MacLochlainn (Donegal NE- 3 seater)
Larry O’Toole (Dublin NE- 3 seater)
Dessie Ellis (Dublin NW- 3 seater)

The Potential Surprise Outsiders (11-16)
Whilst the party is running candidates in 41 of the 43 constituencies across the state, it is in these six constituencies that the party will stand to benefit in terms of new seats from a slight increase in party support on polling day.
Joe Reilly (Meath West- 3 seater)
Joanne Spain (Dublin Mid-West- 4 seater)
John Dwyer (Wexford- 5 seater)
Jonathan O’Brien (Cork Nth Central- 4 seater)
Sean McManus (Sligo/ West Leitrim- 3 seater)
David Cullinane (Waterford- 4 seater)