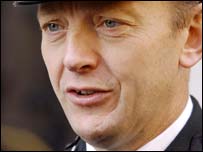 How to deal with the past is up for debate again. The Sinn Fein motion has called for:

The truth about wrongdoing by British military, intelligence and policing agencies needs to be uncovered and acknowledged. Sinn Féin supports the demands for this from the families of victims.

Hugh Orde believes that the existing approach of inquiries is not delivering and chiefly benefiting lawyers not victims. He argues that the Historical Enquiries Team is delivering much more for victims:

What we are finding is where people are engaging with us we are getting positive feedback from families who are learning a lot more now than they ever did. Again it shows the families of the victims are ahead of the politicians. They are not playing games with this. They want to know what happened and many are not interested in prosecution. They just want to know the story.