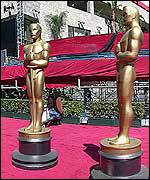 Malachi O’Doherty examines the film representations of the conflict. He argues that the small local audience drives film-makers to find a bigger market so they aim to appeal to “Irish America” and “the European left” and thus concentrate on the IRA and republicanism. Troubles films have rarely (and arguably never) taken a Loyalist or Unionist perspective or are they even included, O’Doherty argues that film “tells stories in which the characters are Republican or British”. Is there a gap in the market for a film about the conflict from a broad Unionist or working class Loyalist perspective?