Many of you may know this fact, but it is a classic that always deserves attention.

110 years ago this January Josef Stalin moved briefly to Vienna. He lived there alongside Hitler, Trotsky, Tito, Freud, Jung, and Wittgenstein.

Not as housemates though.

The BBC magazine has a good article on it. From the article:

Vienna in 1913 was the capital of the Austro-Hungarian Empire, which consisted of 15 nations and well over 50 million inhabitants.

“While not exactly a melting pot, Vienna was its own kind of cultural soup, attracting the ambitious from across the empire,” says Dardis McNamee, editor-in-chief of the Vienna Review, Austria’s only English-language monthly, who has lived in the city for 17 years.

The empire’s subjects spoke a dozen languages, she explains.

“Officers in the Austro-Hungarian Army had to be able to give commands in 11 languages besides German, each of which had an official translation of the National Hymn.”

And this unique melange created its own cultural phenomenon, the Viennese coffee-house. Legend has its genesis in sacks of coffee left by the Ottoman army following the failed Turkish siege of 1683.

“Cafe culture and the notion of debate and discussion in cafes is very much part of Viennese life now and was then,” explains Charles Emmerson, author of 1913: In Search of the World Before the Great War and a senior research fellow at the foreign policy think-tank Chatham House.

“The Viennese intellectual community was actually quite small and everyone knew each other and… that provided for exchanges across cultural frontiers.”

This, he adds, would favour political dissidents and those on the run.

“You didn’t have a tremendously powerful central state. It was perhaps a little bit sloppy. If you wanted to find a place to hide out in Europe where you could meet lots of other interesting people then Vienna would be a good place to do it.”

If Hitler had gotten into Art School is one of history’s great what-if questions. It is fascinating to think how small, seemingly meaningless events can have surprising ramifications.

Another odd quirk of history is that some Irish dockers beat the crap out of Stalin when he was in London. If they had killed him, would they have done the world a favour, or would Hitler have conquered Russia, and we would have been in an even worse position? Who knows.

This BBC Documentary on Vienna is a great watch. As was Bright Lights, Brilliant Minds: A Tale of Three Cities but I can’t seem to find it on Youtube. Vienna, Empire, Dynasty & Dream was also good and it is on the Iplayer. 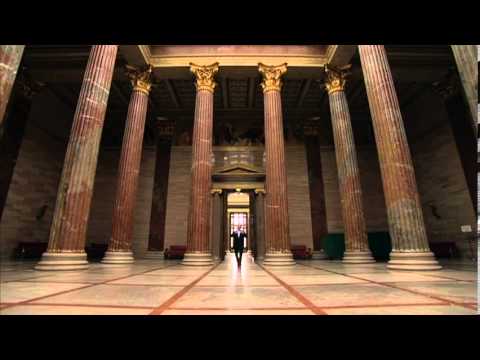