When I was at Queen’s in the mid-90s, I fell in with a bunch from Omagh. They used to regale me with stories of nights out at the Riverbank. I always assumed the Riverbank was a bar or nightclub but when they invited me down to Omagh one weekend, I discovered the Riverbank was the actual riverbank where groups would gather to drink before going on to the Clock disco.

I have many happy memories of nights out in Omagh, and it was a place I always associated with good times. That is until Saturday 15 August 1998, when Omagh would be forever associated with a darker memory.

I remember the first clue that something was wrong. My parents had just bought a new house, and we were wandering around it, discussing how best to get rid of the endless wood chip wallpaper that seemed to be in every room. Then, I heard a helicopter land at the nearby Musgrave Park Hospital, then another and another.

Turning on the radio, we discovered that there had been a bomb attack in Omagh. We did not know the full extent of the horror at that stage, but if they bring people to Belfast by air ambulance, that’s never a good sign.

As the scale of the carnage became clear, I naturally worried for my friends in Omagh. In the days before mobile phones were ubiquitous, you had to ring people’s homes. It took hours to get through as the phone network in the town had been affected.

When I did get through, I was relieved to find that my friends were safe. I remember the shock on both sides of the telephone line. It is hard to know what to say in the face of such horror.

I grew up in inner-city Belfast during the Troubles; I was no stranger to bombs and bullets. But Omagh left even the most Troubles hardened of us numb. The sheer scale of the horror was like nothing that had ever gone before.

The bombing killed 29 people and injured some 220 others. Protestants, Catholics, Mormons, children, pregnant women, brides to be, unborn babies, Spanish kids, pensioners. Even the most twisted psychopath could not imagine such a diversity of victims.

The rest of the week was a collective wake. Every day we watched the various memorial services, the VIP guests, the funerals. The media was not sure how to react to such carnage. I remember the Gerry Anderson Show on Monday just deciding to go with an all-music show – it would be a while before we could laugh again.

Here is the list of victims. You can view a profile of them here. I copied the list from the Wikipedia entry. It breaks the victims down by religion. I thought of removing the labels, but maybe it is important to remember the cross-community nature of the atrocity.

One of the fatalities, Alan Radford (age 16) was a Mormon, whose mother was with him at the time of the bombing and was injured by the blast. Alan’s father (who was in England at the time) had previously survived an assassination attempt by the IRA.

Seán McGrath was the last victim to die. He was in critical condition in hospital for three weeks before dying from his injuries on 5 September 1998.

The title of this post is a line from the Juliet Turner song Sorry to Say. A native of Tummery, near Omagh, Juliet had the unenvied task of singing at the memorial service for the victims. 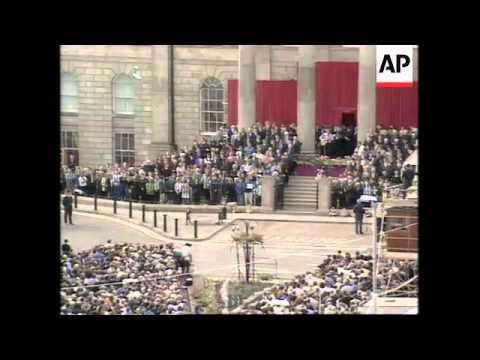 For many, her powerful rendition of the Julie Miller song Broken Things is one of the standout memories of that time.

You can have my heart, though it isn’t new

It’s been used and broken, and only comes in blue

It’s been down a long road, and it got dirty along the way

If I give it to you, will you make it clean

And wash the shame away?

You can have my heart, if you don’t mind broken things

You can have my life; you don’t mind these tears

Well, I heard that you make old things new

So I give these pieces all to you

If you want it, you can have my heart

So beyond repair, nothing I could do

I tried to fix it myself

But it was only worse when I got through

Then you walk right into my darkness

And you speak words so sweet

’til my frozen tears fall at your feet

You can have my heart, if you don’t mind broken things

Well, I heard that you make old things new

So I give these pieces up to you

If you want it, you can have my heart 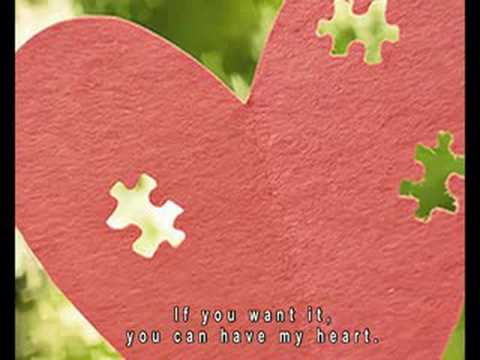 Since the attack, there have been many questions asked. Did the security services have prior knowledge? Who was involved in the attack? Will the families ever get justice?

I don’t know the answer to any of these questions. What I do know is that as I write this over 20 years later I still feel the numbness of that day. As Juliet sang – don’t mind these tears.