Confused? You will be. The last few days have been like an episode of that famous old 80s soap, er, Soap. I see from David’s thread earlier some folks are queuing up to blame the officials who run the scheme, but this ignores the fact that these payments were not part of any wider failure.

“People already in receipt of small business rates relief automatically received grants under a March 2020 scheme . Payments were made where bank details were held by the North’s Land and Property Services for ratings purposes.” [Emphasis added]

Were these offices registered as “a small business”? Only one other non-SF MLA has anything like a remotely similar issue. An as-yet-unnamed DUP MLA is apparently trying to put some pressure on their private landlord (who received it) and is asking them to repay the monies concerned.

McCallion was probably considered politically indefensible because the monies paid under the Small Business Support Grant scheme was paid to her and her husband directly. That and the fact there’s been a series of unwelcome stories about SF and expenses in the south recently:

Life comes at you fast when you're a Sinn Fein supporter. pic.twitter.com/14x0U8ta1z

She’s the only real casualty here. Perhaps they were all just hoping that no one would notice. But that changed Tuesday when Nolan got a better grip on a story that had started the day before with a light-hearted dig at wind<strikethrough>farm</strikethrough> turbine owners who were getting a payment they clearly didn’t need.

Other than that, I cannot see what was so different between Elisha and the two other cases. In those cases, no representative is taking a fall. And in fact, it is very doubtful whether any of those minor officials, including the chair of Upper Bann, are going to be leaving SF anytime soon.

West Tyrone MLA Maoliosa McHugh’s told Nolan on Tuesday that he had contacted party officials to make arrangements to pay the money back “quite a while ago”, adding that he received confirmation earlier this week that it had been repaid. An office official has been sacked, but you have to ask why?

That money was in a Sinn Féin account, not a personal one. What motive would an official have had for sitting on a repayment of £10k? And what is it about all these offices that they seem to have been set up as a small business when to all intents and purposes it is all run on taxpayer cash?

And that’s not even getting into the question of cultural societies, like the one at Guladuff that Spotlight’s Mandy McAuley covered a few years ago: 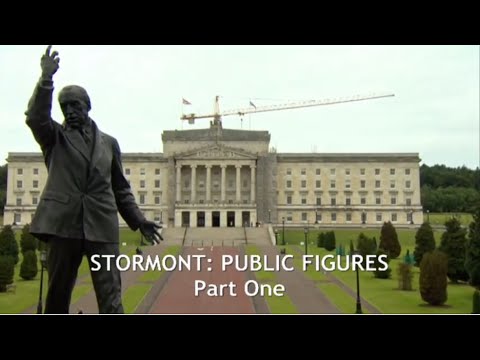 It will cost Sinn Féin to lose a Senator. Maybe David is right to suggest that this swift action could work in their favour. However, it looks to me like an urgent damage limitation (they sent Nolan a legal letter, which he read out this morning) in the face of problematic expenses stories in the south recently…

Whether or not it goes away because of this action, really depends on what else there might be to come out. The SDLP’s Matthew O’Toole is clearly not in a mood to let it lie there, and is asking questions of the Finance Minister Conor Murphy about what he knew about these payments, and when…

‘Why are junior staff being dismissed when the money was provided to the office of a Sinn Fein MLA who today remains in post but has confirmed that he knew the money had been received in error?