Last week wrote of our local weekly newspaper sector and of the need to save them. I also said that I thought a lot of them COULD be saved if the will is there. But what of our three dailies? There may be less scope there for a happy ending in a sector that across the British Isles has been in freefall for over a decade.

Up until the end of the troubles, the picture here was a simple one. The Belfast Telegraph, an evening paper, sold about one and a half times the two morning papers combined and was seen as a uniquely cross community paper bridging the gap between its decidedly green and orange competitors. In reality it was a slightly more complex position than that but it’s not a bad place to start.

Today’s picture bears no resemblance even to the late 1990s. Readership of the Telegraph and Irish News are pretty much neck and neck with the News Letter selling about a third of the other two. But the global picture is worrying, as collectively they sell in the region of one third of what they were selling at the time of the Good Friday Agreement. This is a nationwide problem for the industry, but the unique political cleavages here mean we have a greater need for a potent local daily press. Yet we are abandoning it. Why is this, and is it possible to stem this decline? We need to look at the three papers to allow us to even consider the question.

The Irish News is the local daily newspaper that’s proved most resilient. It’s sale in the past 20 years has fallen by about a quarter, a much slower rate of decline than the UK’s former evening papers which have fallen by up to 80% over the same period. There are several attributable factors.  Certainly the change in demographics, and the development of a more confident and younger Catholic population played a part in strengthening the paper’s position, But to overplay that would be to sell short the strategic strengths of the Fitzpatrick family, owners of the paper since the 1980s.

The fact that the Irish News is privately and locally owned has meant the paper has not been subject to the catastrophic and often idiotic corporate management that has beset the other two.

The Irish News succeeded where the other two failed, by broadening its readership throughout all elements of its community. It has been confident in its role as a Catholic paper and has developed in a way that most elements of the Catholic community (be they Nationalist, Republican or even pragmatically pro-union or be they simply GAA supporters drawn in by the paper’s strong coverage) could embrace. Also, it never really sought to broaden its base outside its host community. Certain readers here may indignantly rail against this, but it is the commercially sensible thing to do. It is not the job of newspapers to be neutral and appeal to everyone. They serve specific groups with shared interests and outlooks. The Irish News understands that role and performs it well. The same can’t always be said of others.

The other thing the Irish News did early in the digital age was to put the bulk of its online content behind a paywall. This was done when most daily papers were putting nearly all content online free. This caused an almost overnight haemorrhaging of print readers for its rivals but not for the Irish News. It needs to be understood this was generally done against the wishes of local editors and management in papers like the Tele and News Letter but as minor components of major corporates their views weren’t heeded. So, a big, long term win for the Irish News but no room for complacency as sales are still falling, albeit at a slower rate.

Similarly, the News Letter comes in for criticism as an “orange” paper with a conservative (small c), rural readership. Those accusations are true and there’s nothing wrong with them. The paper’s readership is overwhelmingly Protestant and rural. So that makes it more brave and admirable that the editor was prepared to give Sam McBride free rein to investigate then report his findings on RHI. That can’t have sat well with the core base and I’m sure it has cost them significant sales and any goodwill and patronage it might have expected from the DUP. Commercially it probably wasn’t the right thing to do. But in terms of editorial integrity I can think of very few comparable situations. Would the Irish News have taken such a strong line if the minister in the eye of that storm had been from Sinn Fein? It’s debatable.

The News Letter is strong on local sport (despite having it’s staffing levels butchered by it’s London-based owner) and carries a diverse range of lifestyle features outside its comfort zone. But with a daily sale under 12,000 and with no meaningful Belfast presence since a catastrophic decision in the 90s to launch then withdraw a free home distributed edition there, it’s hard to see any strategy that can deliver even a medium-term revival.

But what about the Belfast Telegraph, once the dominant force in media here? I think the primary failing here occurred in the aftermath of the Good Friday Agreement. Quite simply, it was relatively easy to produce the Tele during the troubles. Daily atrocities and continual political upheaval meant there was no shortage of reportable news to fit in with lunchtime deadlines, and the Telegraph had a raft of good reporters who were able to do so to a pretty high standard. It also had an exceptionally strong sports section. But the problem wasn’t front or back page. It was a lethargy allowed to set in over decades with columnists there so long that over familiarity led to disinterest and a younger generation that didn’t relate to these older, often stale voices. It was seen as a cash cow by various corporate owners due to its strong advertising revenues. But a lack of strategy or meaningful analysis of its readership in the latter part of the good days left it exposed and vulnerable to the point where the current Editor inherited a poisoned chalice.

One third of the BT readership is still Catholic. That was resolutely the case throughout the troubles and – despite accusations that the paper has taken on a more overtly unionist stance in recent times – that has remained the case. So, it can still legitimately claim to be the nearest thing we have to a cross community indigenous daily newspaper.  But is that enough to sustain it long term at a time when all major Classified advertising streams have migrated online, and government ad spend has been steadily reducing?  Dubious.

The most worrying development for local publishers is that today, of the newspapers that carry Northern Ireland based editorial half of those who read them choose either the Sun or Daily Mirror. There remains a clear Protestant/Catholic difference between them with the Sun read by nearly twice as many Protestants and the Mirror by two thirds more Catholics. This has a historic basis in the positions taken by the two papers (particularly the Mirror in its “Troops Out” phase) during the Troubles. Both perceptions are outdated but still reflected in readership profiles. The Sun doesn’t currently have an identifiably “Protestant” or Unionist position but the conservative politics of the paper – allied to decent coverage of the Irish League and the NI team – sits easily with much of the broad pro-union community.

So, are regional dailies damaged beyond repair in the Digital age? Ultimately, I don’t think there will be room in this market for both the Telegraph and News Letter. The ultimate demise of the latter may be slowed, but not under current ownership by a company just out of receivership and perpetually up for sale. Had it been bought by a private enterprise led by someone with publishing experience and a strong unionist outlook the picture might look different today, but that looks like an increasingly remote possibility. Possibly some sort of amalgamation of the two under new ownership could help, but it would need to define itself clearly in a way that strengthens its position within the pro-union community while maintaining the Tele’s still reasonable cross community credentials. That must be the tallest of tall orders.

A lot of papers across the UK will have had their demise hastened by this virus and its aftermath. I’ve been saying for 15 years that those that survive long term will be in the hands of private – preferably philanthropic – local owners committed to serving their communities. The Irish News vindicates that view. However, we need at least one other paper to serve our interests, deliver our news and hold those in power to account. Before it’s too late. 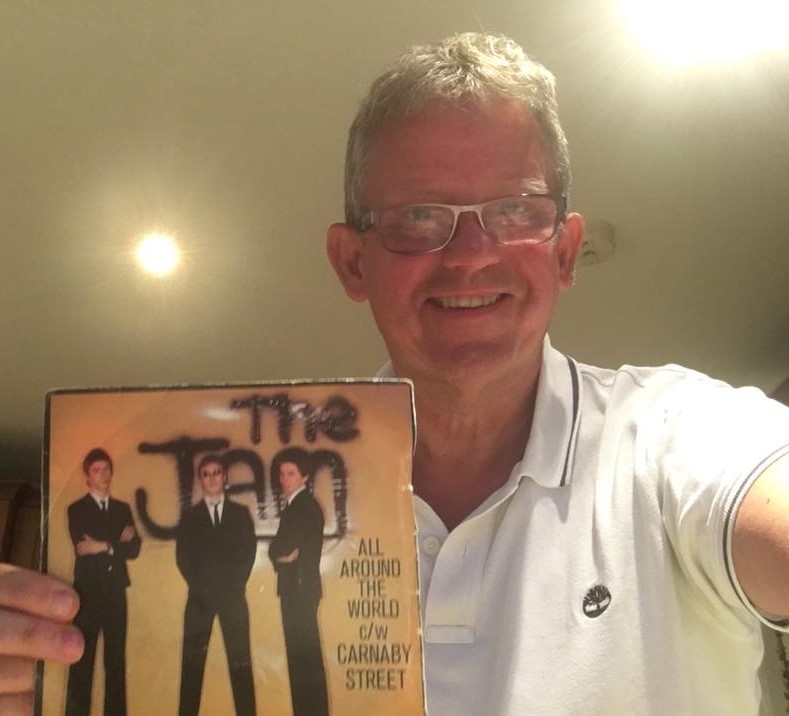