T/he period following the general election has been absorbed with different subjects to those that dominated the campaign. As I noted in an interview on the Alex Salmond Show (see below), the disturbance is in the south more than the north

What has continued is Sinn Fein’s dominance of the news flows, which has seen its leadership spending most of its time rallying and trying to consolidate its increased support whilst Gerry Adams (who is no longer a TD) leads their negotiating team.

Mary Lou has continued her role as the public leader of the party, keeping the political press in the Republic handfed, while Gerry [representing the lads on the Army Council? – Ed] conducts negotiations with their would-be partners.

They may not be prepared for it but this is a foretaste of how the party has operated its ex officio leadership in NI for years. However well nailed down any putative agreement, when the chips are down these lads aren’t natural cooperators.

In the early days of the Stormont Executive when the dispute over the devolution of policing and justice powers was blazing, Gerry Kelly would give up his seat to Adams (who never held any ministerial status) at key meetings of the NI Executive.

A leadership that operates from the sidelines is profoundly undemocratic (even the US’s autocrat President Trump has to step down after a second term) and it gives Sinn Fein a unique resilience when it comes to the ups and downs of political life.

So the party which lost Foyle before Christmas by more than 17,000 votes, merely shrugged it off and proceeded to wipe the floor with an oddly unprepared Fianna Fail and an out of touch Fine Gael in February’s snap election.

Although it barely came up on the doorsteps as an issue (and is notable by its absence in the exit poll), Brexit has radicalised the Irish electorate in ways that has advantaged neither the sitting government nor the liberals who helped to stoke its angry fires.

This piece by Richard Waghorne is a typically extreme analysis of Fintan O’Toole’s role in disinterring and mobilising old anti-British stereotypes of the Irish that many thought was dead and buried long ago, but it holds more than a kernel of truth.

Waghorne’s analysis rather too conveniently ignores the fact that Brexit itself was viewed by many in the Republic and in Northern Ireland (and I don’t just mean nationalists there) as the primary breach of faith.

But there’s a divergence in O’Toole’s handling of Sinn Fein between his last pre-match analysis before the 12th February election and after. In that last week, Fintan highlighted the big opportunity presented by bringing SF ‘in from the cold’:

To treat it as a political pariah is, in effect, to deny any serious possibility of breaking the duopoly that has created the status quo. This is an uncomfortable reality for many of us. But it is undeniable: to keep Sinn Féin out in the cold is to keep Irish politics frozen in its all-too-familiar postures.

But SF’s immodest post-election jubilations (comprising a particularly nasty dose of anti Semitism that Jeremy Corbyn was never even remotely guilty of) has revealed a studied hostility to the very existence of the Republic itself.

In that piece, O’Toole admits that “all the victims of violence during the Troubles have a right to justice”. But in fact, as far as Sinn Fein is concerned, they don’t. The significance of the party’s handling of the Paul Quinn case clearly had not yet bitten.

It wasn’t the callousness of Mary Lou’s denial of the facts of the matter in the Brian Dobson interview, it was that the present Northern Irish Finance Minister used the IRA’s own words to clear itself and to posthumously calumnise the victim.

A bit like the post-vote resistance to Brexit, it is delusional to believe that SF’s new voters didn’t know what they voted for. But it would be a blunder not to examine how the media’s long term acceptance of these oddities taints the island’s politics.

…the next Irish government could be led by the only party for miles — or decades — around that comes with all the advantages that can be accrued in a democracy from having your own armed assassination gang.

Most of the commentators continue to ignore a dilemma that the leader of Fianna Fail has been flagging for nine years. Even now they fancifully imagine that Martin’s consistency is just another cute hoor FF ploy and that he will coalesce with SF.

However, he won’t and so the real burden for forming government out the 33rd Dail will have to fall elsewhere.

Firstly upon the parties of the centre-left, who may find themselves in a cleft stick. Beneficiaries of SF’s decision to run too few candidates, they may find SF preferences harder to come by in any election triggered by the failure to negotiate a new PfG.

Sinn Fein’s new ‘monster rallies’ is a pre-campaign push towards electoral territory where Mary Lou could become the first-ever Sinn Fein Taoiseach. To understand what it, means to go into government with SF, they might want Arlene Foster on speed dial.

Secondly, despite the Taoiseach’s determination to hit the opposition benches and give his TDs the break they now feel they need, the question will eventually have to come back to Fine Gael before returning it to the country.

If Brexit was the first major departure from bipartisanship since the Anglo Irish Agreement was signed, Varadkar’s Brit-bashing rhetoric somewhat flew in the face of his own party’s small ‘c’ conservative history. In doing so he also opened this Pandora’s box.

There are a number of commentators, who look at Fianna Fail, its history of sympathy for northern Republicans and the high drama of events like the Arms Trial and buy the “its time for FF and SF to merge” line. But this misses something crucial.

Fianna Fail may be close to Sinn Fein in its explicit ambition to unify the country, but it is resistant to cashing in the south’s 100 year history as a democratic state. Martin, in particular, has witnessed the IRA’s ownership of Sinn Fein up close and personally.

If you’re tempted to dismiss this as a matter of bias on my part, then consider the fate of one Mairtin O Muilleoir, who turned to Ted Howell, who Mary Lou insisted during the campaign had only been an advisor. Mairtin is gone, but unelected Ted abides.

No party who goes into power with Sinn Fein should be under any illusions that the men and women they are talking to in negotiations are not the ones who will make the key decisions when they go into government. Unless their name is Gerry.

As for why most of this is not obvious to the southern commentariat, I can only think partition plays a role (how else would SF’s three-year boycott of Stormont fly so low under the radar. In Northern Ireland in December they took most of the blame.

Having endured Fianna Fail for 80 years as the party of government also plays a part in a generation who felt powerless as the machine rolled over their own personal judgment that the party was in itself a heavyweight against their own idea of the nation.

As a mainframe for political dispute, Twitter burns all but the most vestigial context to complex questions. Discourse is reduced to a wild unleashing of derision and contempt and analysis gets displaced by low res trivia wars that turns the best of us into trolls.

The correlation between this new intellectual incoherence and, say, the elevation of Trump to the White House may be self-evident, but (even after SF’s populist surge) our local developments are little accounted for within Irish political journalism.

It’s all too easy to take the speakeasy tropes of social media more seriously than it deserves, and not to take the signals it sends seriously enough. An academic friend says to his English the rest of the world is turning into Northern Ireland’s.

As we in the north strive to find generosity and openness we know is in the people, we cannot stop our ears to the like of Mrs Quinn and Mairia Cahill’s plea for the godfathers to back away just because it is convenient to do so.

As Anne Harris observes, whatever the polls have to say about it (and by their nature they cannot say much), Sinn Fein’s insouciance in the face of the pain of its victims lacks the necessary ingredient for change on the island, genuine contrition.

All the border polls in the world won’t shift the status quo of one hundred years of history, but that just might. 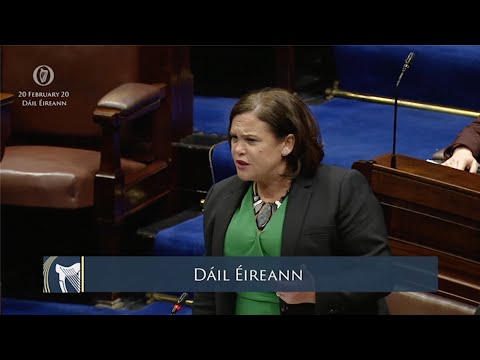 “if you want a different future clap your hand, scott richard” by torbakhopper is licensed under CC BY-ND