One of the fascinating things about the provenance of the Quinn story was that because it broke in a southern newspaper, it became news in Northern Ireland. We’ve been here before.

Up that point, the two main parties in the south had either failed or were not prepared to make a big fuss of Sinn Fein’s ongoing attachment to the IRA murder campaign in Northern Ireland.

Afterward, The View conducted a fascinating and I think an important debate which aired two sides of an argument about how we should handle our highly compromising past.

Denis Bradley started with an argument that we need a comprehensive process with which to handle these issues and later called the long tail of misery for victims’ families a swamp. 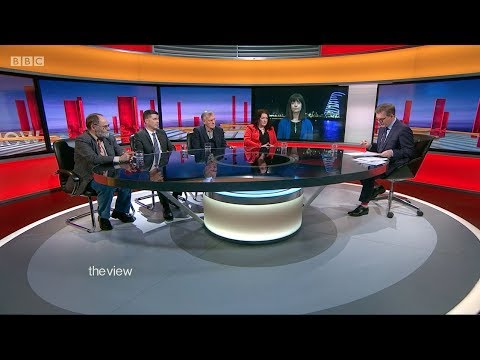 No legacy process can adequately deal with the underlying problem here, which is that with the serial denial of justice for anyone attacked by paramilitaries, no one is safe.

The election may be over in the south, but the fact remains the Quinn family is up against a thick criminal conspiracy that the state either cannot or will not touch.

In the middle of his initial remarks, Bradley states that whether or not the Quinn murder “falls into the past or not, I don’t have the evidence for that and I don’t think that’s relevant”.

The most relevant evidence is the date, 20th October 2007. His name is not in Lost Lives, nor should it be. He was murdered in the wake of St Andrews and not the Belfast Agreement.

Now, if there is any political cover deriving from the peace process, this was less than a year after  Sinn Fein (though not the IRA) had supposedly signed up to policing earlier in that year.

As Newton Emerson pointed out, this ambiguity makes it difficult to call any of these matters to a proper account. At the edges, the conflation gives cover to ongoing criminality.

It unwittingly gives cover to what Eoghan Harris calls the Recurring IRA regarding murder, punishment, shootings, and coercive control over working-class communities.

Media silence on the problematic relationship between the IRA Army Council and Sinn Fein was probably best seen in the destabilising effect of the murder of Kevin McGuigan in 2016.

It’s a form of self-censorship that has worked unremittingly in the favour of one party and in detriment of all of the others, nationalist, unionist and others even swallowing Stormont.

The framing narrative of Sinn Fein’s relationship with the Army Council is the preferred MSM convention, even though the PSNI has continued to state otherwise.

This pact of forgetting appears to have moved south. Even to the point where Fine Gael and Fianna Fail have failed to point out the obvious reasons they don’t want to share power with SF.

It is a glaring omission that has led some southern commentators to develop this sort of skin-deep analysis from Victoria White:

The difference between Fianna Fáil and Sinn Féin may run even deeper than that between Northern nationalists and unionists, because it is one of class.

If the PSNI is wrong in its ongoing assessment then Sinn Fein is in a position to make them accountable through the justice committee at Stormont, the Policing Board, or Ombudsman.

That they haven’t, suggests that the party fully accepts that assessment. Herein lies the biggest reason why Sinn Fein might be unacceptable government partners to both FG and FF.

Yet the refusal of the press to call a spade a spade on this relationship to the army council has left them both open to ridicule and derision.

For all his shortcomings, no one told Dev what to do. But yesterday a supposedly retired Adams bounced like Tigger back into the SF parliamentary party at Buswells yesterday.

After this election, Ireland sits on the edge of what Steven Johnson calls an “adjacent possible…”

…a kind of shadow future, hovering on the edges of the present state of things, a map of all the ways in which the present can reinvent itself.

That is, I suspect, what the people of the republic were driving at when they through this seemingly insoluble problem back in the faces of their political class.

In a digital age of “endless forgetting”, I recall one of Ireland’s most enduring philosophers on the practice of democracy: “Those who don’t know history are doomed to repeat it.”

That’s not an adjacent possibility any of us need.

Photo by Elvis Bekmanis on Unsplash