A few years ago I noted just how Northern Ireland, starved since the Belfast Agreement of truth and justice calumny has become a commonplace.  As Machiavelli once noted:

…it is before the magistrates, the people, or the courts of justice that men are impeached; but in the streets and market places that they are calumniated. Calumny, therefore, is most rife in that State wherein impeachment is least practised, and the laws least favour it. 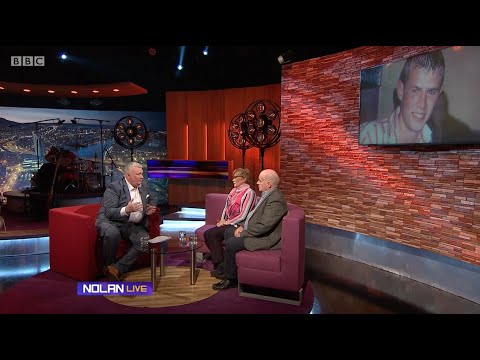 Putting this here for the record. It’s Stephen Nolan’s interview with Breege and Stephen Quinn. On the Reid show on LMFM Mary Lou McDonald had been asked about Murphy’s calumny last October, but the details had gone from Mary Lou’s memory on Tuesday night.

Until Miriam O’Callaghan confronted her with Murphy’s own words in the leader’s debate she had campaigned so successfully to get included in and she had to blame her own poor recollection. Murphy’s statement came on Spotlight a month after the murder.

From pretty much no scrutiny at all in this election campaign, the media rescinded their free pass through the first few weeks to cram in a lot of the questions (and aggression) it had previously reserved only for Fine Gael and Fianna Fáil.

Sinn Féin brand of populist genius is to convince lots of the press and the public that they’re just a better version of what they had before, without really having to explain their abysmal record in Northern Ireland. Then came Mairia Cahill’s piece in the Sunday Independent.

Then Brian Dobson spent five minutes trying to drag the truth out of Mary Lou McDonald about the posthumous slander of her son. Then yesterday morning came to the Nolan Show yesterday which identified what Mary Lou had only the night before denied.

Half an hour later on RTÉ Radio One, Seán O’Rourke opened with another devasting account of what the Sinn Féin leader had failed to disclose about her party’s ill-treatment.  A well-balanced Talkback panel included our own David McCann and Ms Cahill again.

Last night on RTÉ’s Nine O’Clock the big-ticket politics started to kick in. Eoin O’Broin’s cowed but almost imperceptible denial with a slight shake of the head, which suggest he knows very well that he’s walking a thin line between his new and old voters.

Kevin Myers, who is getting a career restart at The Critic, pointed to a reality that many in the Irish media (including his own sparing partner at the Irish Times, Fintan O’Toole) had seem determined to take any serious notice of…

It really shouldn’t be necessary (but, alas, it clearly is) to point out that the IRA army council has never been dissolved. It remains the military arm of Irish Republicanism, of which Sinn Fein is merely its Colgate-wing, all wholesome smiles and empathy, like a brace of Mormon elders on your doorstep. Sinn Fein nonetheless has of right one member on the IRA’s ruling army council, while other council members have ample scope to double-job as secret IRA-men and public Sinn Fein politicians.

Yet this is the untold story of the Irish election, the great lie to which almost the entire political and media establishment – apart from The Sunday Independent’s Eoghan Harris – has subscribed.  The IRA’s murky past rather embarrassingly surfaced during the week when the mother of young Paul Quinn, murdered by the IRA in 2006, denounced his killing and the excuse offered by a prominent Sinn Fein “politician” that the lad had been involved in criminality. Whereas, killing him apparently wasn’t criminal, and in the dystopian moral world inhabited by SF-IRA, it probably wasn’t.

It fell to Mairia Cahill to explain why Breege and Stephen Quinn were entitled to have their voice heard at the media top table on both sides of the border yesterday. And towards the end, there’s Banquo’s ghost glowering grimly from Twitter at the feast:

Gerry Adams, who also cast a slur on Paul Quinn when he linked his murder to “fuel smuggling” – and who should also withdraw the remark and apologise – chose instead to tweet in reference to the debate: “The best woman won.”

As someone on Twitter pointed out, it wasn’t Mary Lou. The woman who did, Breege Quinn, who took on Sinn Féin since 2007 with quiet but determined dignity, finally forced the party president into a corner on the issue.

Unfortunately, it took an election – and not simple human decency from the party – to finally get an apology. 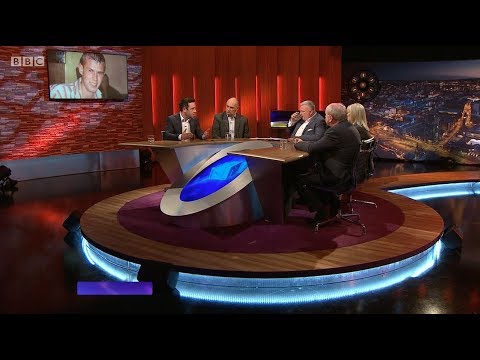