One of the frustrations of the whole Brexit process is that three years after the vote, it still remains something of an abstraction. That’s not so much a design fault as a failure to design a process by the PM who called the Referendum in the first place.

(By the way, it’s worth listening to The Dissenter‘s and Owen Polley’s discussion of Cameron’s overall legacy in episode one of their new podcast.)

The problem with abstractions is that they give rise to both great hopes and great fears, with the hopes of some roughly equating to the dread fears of others. What has been an improvement in the last week or so is that Mr Johnson and Mrs Foster have been getting out and talking.

For all the excitement caused (yours truly on Nolan) by Arlene at the Dublin Chamber, remarkably little of what she said was really new. Although her point about the institutions of the Belfast Agreement becoming more important post-Brexit is both welcome and well made.

Brexit was an intentional disruption. It has triggered inward-looking analyses on both sides of the Irish Sea. The echo of “not our job to deliver unionists” from Dublin is London’s sole reference to Unionist concerns over backstop rather than majority concerns over Brexit overall.

However, what should not be missed is that the Agreement is as much a bilateral covenant (as it is a treaty) undertaken by both governments to serve the totality of relations between UK and Ireland.

Whatever happens in the short term will have to be negotiated with the aim retaining (nay, improving) the health of this long term framework. Whatever about EU membership the GFA cannot be cast off as though it were odd fitting clothes. Too much has been sacrificed for that.

Aas Stephen Collins rightly notes in the Irish Times, the issues we have with violence and criminality on the border pre date and will likely post date Brexit too:

…a systematic campaign of intimidation against people trying to do their jobs while protecting the livelihoods of hundreds of families in the Border region has nothing whatsoever to do with Brexit, whatever the kind of checks on trade that may or may not have to be enforced.

Yet I’m afraid that’s where the rhetoric on both sides of the water is taking us. Fianna Fáil leader Micheál Martin warned on Tuesday night that in the beginning, the triumphalist tone of the Irish government ignored a pressing need to reach out to unionism’s legitimate concerns: 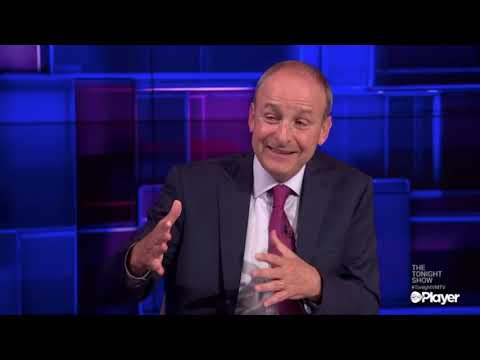 Perhaps a new order will emerge from the anarchy of the present crisis within British democracy and in British Irish relations but it is also possible that the “discommunication” of the current process creates more lasting damage to the totality of relations than the final outcome.