This morning I was awoken by the Newstalk team asking if I would speak on last night’s tragic incident in Derry. On checking Twitter I found to my own personal shock that the young journalist killed by Republican paramilitaries had been named as Lyra McKee.

You will read a lot about Lyra over the next few days, mostly from people better placed than me to inform you about her work, her potential, and her endless struggle to be heard in a society which too rarely prizes someone of such a truly independent mien.

All I know is that she was indefatigable. Courageous. Unafraid to think the unthinkable and in a place that too often fails to look beyond the surface for fear of what it might find lurking there. Above Lyra was unencumbered by her class or background.

She was, as the papers say, a rising star of investigative journalism, but not, as so many are in these days of too easy digital contagion, driven by anger or personal disappointment. She had a genuine itch to understand what others (often much better rewarded than she ever was) failed to adequately explain.

Like all the best researchers she was driven by curiosity, but above all compassion. She used what she didn’t know as an impetus to drive further and try to explain to the rest of us what was happening in our world. From the most personal to the wider politics, this was the constant.

In 2014, Lyra penned this beautiful and moving letter to her younger fourteen year old self, which was later brought to life in a short made by Stay Beautiful Films: 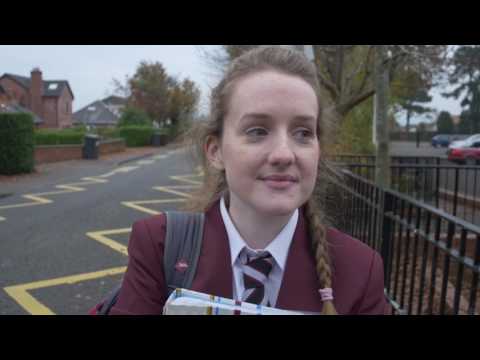 Our own Alan Meban adds:

The fact that so many this morning from right across political and cultural spectrum speak of her friendship – even those with whom she had expressed diametrically opposing views – says something of hope for younger generation.

For me, Lyra was the calibre that Northern Ireland needs to help us beyond our bloody purgatory. For all the good things about the Good Friday Agreement that will be spoken of today by Speaker of the US House of Representatives Nancy Pelosi (to an empty Stormont) Lyra lived out the core promise of that Agreement far more faithfully than most of us.

And sadly, like others in the past, as paid with her young life. Let her example not be in vain.