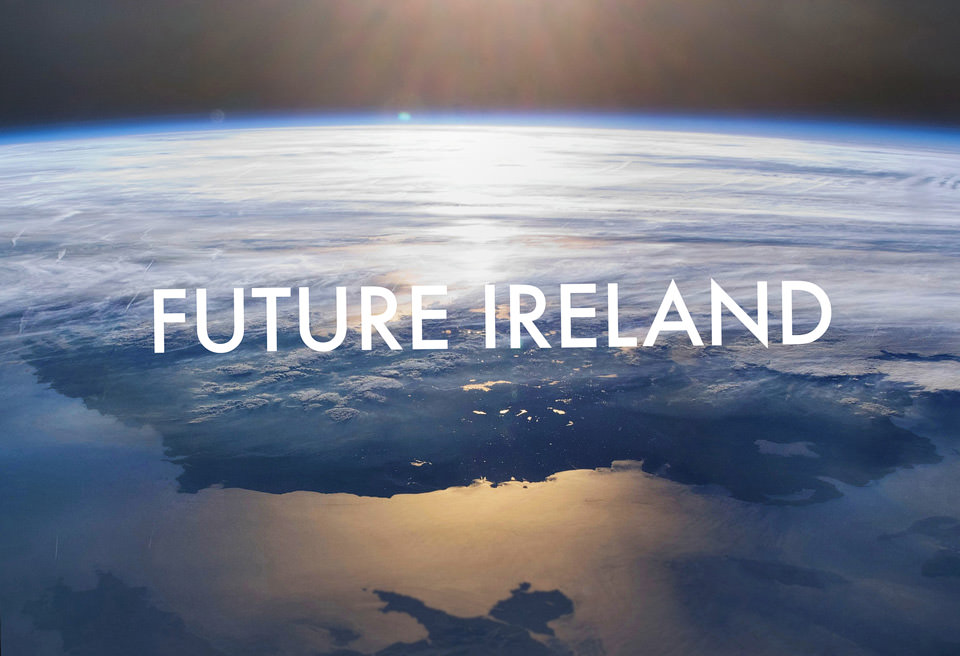 In producing the report – now a book – ‘A New Ireland’ this year, I conducted lots of interviews asking people about the prospect of Irish reunification.  The issue of healthcare in a united Ireland was consistently cited as a major concern.

Northern perceptions of the southern system are very negative.  Views within the Republic are not that positive either, for sound reasons.  But it is only fair to point out that the NHS in Northern Ireland is in crisis.  The Bengoa report suggested substantial reforms that are needed to bring standards up and waiting lists, and waiting times, down.  Both systems are in need of major, perhaps fundamental, reform.

That is not all.  Northern Ireland is too small to be on its own in achieving healthcare excellence.  That was recognised when the DUP’s Edwin Poots was health minister.  Altnagelvin hospital in Derry provides cross-border cancer care.  Dublin’s Our Lady Children’s Hospital undertakes heart surgery for children from both the south and the north.  The logic is that an all-island healthcare system reduces costs, increases access and strengthens’ specialist provision, thereby improving patient outcomes.

Dr Desmond Brown, a former paediatric consultant for the NHS in Northern Ireland, explained there are strong, practical, reasons for moving towards an all-island health service.  “There are benefits of scale, firstly.  Northern Ireland is too small an entity to provide all the specialist services, integrated procurement and land/air transport.  We are already co-operating with the Republic as well as the rest of the UK in complex surgery and cancer therapy, successfully.”

Professor Jim Dornan was the person who initially proposed Dublin’s children’s cardiac surgery unit becoming an all-island facility to enable higher quality specialist services to be provided.  He strongly supports a further move towards an integrated all-island health service in Ireland.  He explained: “I believe Ireland is a Goldilocks country – just the right size for an integrated health service with good infrastructure that allows super and regional centres of excellence.   The joint population is perfect!”

The Republic is already on a journey towards substantial reform of its health service, moving in the direction of an NHS for the south.  This has been assisted with a decline in the role of the Catholic church in terms of delivery and influence over healthcare.  That change is most starkly seen through the referendum result in relation to women’s reproductive rights.

Politicians in the Republic recognise that healthcare outcomes are inadequate.  The biggest problem of all is the lack of uniform access to primary care in much of the country.  But residents in Northern Ireland need to accept that both jurisdictions have significant problems and failures.

This has been illustrated in several international comparative studies.  The Euro Health Consumer Index 2017 placed the Republic of Ireland in 24th place, behind Malta and just above Montenegro.  This is unacceptable for one of Europe’s most developed economies.  The report’s comment was that “Ireland is alone in last position for accessibility, with patient organisations steadily giving very pessimistic feedback in the HCP survey. Unfortunately, this was confirmed by the Irish HSE and MoH after the release of the EHCI 2015 report, when they said in a memo that the programme initiated to reduce healthcare waiting times in Ireland aims at a target of no more than 18 months’ (!) wait for a specialist appointment. Even if and when that target is reached, it will still be the worst waiting time situation in Europe.”

But there are no grounds for celebration in Northern Ireland.  The UK is in a disappointing 15th position, behind Portugal and Slovakia.  The report explained “the UK healthcare system has never made it into the top 10 of the EHCI, mainly due to poor accessibility (in 2017 only beating Ireland on this sub-discipline) and an autocratic top-down management culture.”  It added concerns about waiting times and cancer care standards.

That assessment, though, is for the NHS across the UK.  It is widely recognised that Northern Ireland is seriously underperforming the UK average performance in terms of the NHS.  In conducting its ‘NHS Health Check’ last year, the BBC concluded that “Northern Ireland has some of the worst performance figures in the UK”.  Even when Northern Ireland had a functioning government, its Executive failed to get to grips with the healthcare reform required.  Today the system is falling even further behind where it should be.

In the Republic, steps are being taken towards healthcare reform, backed by government commitments to increase spending.  A committee of the Oireachtas, chaired by Roisin Shortall TD, proposed in its SláinteCare report fundamental reform of healthcare provision in Ireland.  The adoption of the committee’s recommendations would be the basis for meeting many of the concerns of residents in Northern Ireland in relation to healthcare provision in a reunified Ireland.  The committee reported in May 2017 and made far reaching and comprehensive proposals.  The key challenge, said the committee, was to achieve a universal single tier health service in which patients are treated on a basis of need, not their ability to pay.

The starting point for the committee’s approach was to recognise the serious weaknesses in the existing system in the Republic.  These included the severe pressures on the current provision; unacceptable waiting times for public patients; and poor outcomes in relation to the cost of the provision.  Ireland spends around 40% more than the EU per capita average on healthcare, yet is the only country in Western Europe not to have a universal primary healthcare system.  About 70% of Ireland’s healthcare spending is publicly funded, which is much less than the EU average.

The report explained: “A key cause of Ireland’s relatively high spending may well be its emphasis on an expensive model of healthcare delivery. Too much emphasis has been placed on providing care in acute settings without appropriate use of, and investment in, primary and social care. Moving to a better model of service delivery should prove more efficient and eventually cheaper though investment is needed to help reform.”

The committee concluded that there needs to be a universal single tier service in which patients are treated on the basis of health need rather than on ability to pay.  It also concluded that better health outcomes and value for money can be achieved by re-orientating the model of care towards primary and community care.

A ten-year budgeted cost to expand entitlement was developed and outlined. The allocation and source of funds to enable SláinteCare and cost areas of implementation were identified.  Charges for healthcare should be removed or reduced, said the committee, including the removal in full of charges for emergency care by year eight.

This ten year approach is a sensible timeline for achieving the level of reform necessary to bring the Republic’s healthcare system up to scratch for a developed economy.  The same timetable may be necessary in bringing the northern system to the necessary standard.

My book ‘A New Ireland’ includes a ten year plan for moving from where we are to where we need to be.  That applies in terms of achieving social and political consensus, economic and fiscal re-alignment, as well as healthcare reform, north and south.

Calling for an immediate border poll risks creating a similar situation of political uncertainty and unachievable instant transformation as has been generated by Brexit.  Reunification is a legitimate and rational response to the situation of fiscal, economic, social and political weakness that Northern Ireland is mired in.  But that weakness is so severe that it cannot be resolved by instantly transferring NI into a different or new nation-state.  A strategy, involving intermediate stages over several years, is a realistic means of getting to where we need to be.  And that applies as much in terms of healthcare as it does politically, fiscally, economically and socially.

Paul Gosling is author of ‘A New Ireland: A Ten Year Plan’, available now on Amazon.

Paul Gosling is editor of ‘Lessons from the Troubles and an Unsettled Peace’, author of ‘A New Ireland’ and ‘The Fall of the Ethical Bank’ and co-author of ‘Abuse of Trust’, the story of a child abuse scandal in Leicestershire. He is engaged by the Holywell Trust charity on peace and reconciliation projects and is Parliamentary Assistant to Sinead McLaughlin MLA, the SDLP’s economy spokesperson.