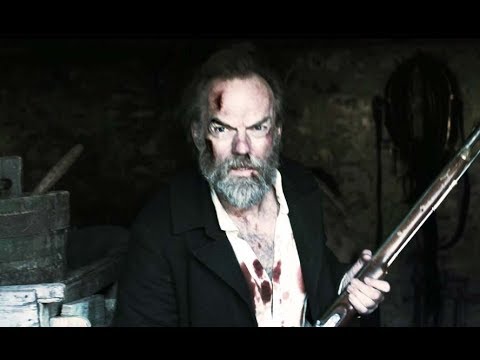 On Friday night, I was in attendance for a screening of Black 47, Lance Daly’s film set during the bleakest chapter in Ireland’s history.

It is a powerful story, with lead roles for James Frecheville, Stephen Rea, Jim Broadbent and Hugo Weaving. That the Great Hunger has not previously provided the focus for a major film production is somewhat surprising, not least given how the traumatic episode led directly to the creation of the large Irish Diaspora in the USA.

Daly was interviewed by Ryan Tubridy on RTE during the week- you can catch it here.

The film was reviewed by Ged Murray for Head Stuff, and below is a plot summary he provides to start the review:

The trope of the hero who’s wronged by evildoers is a common one on screen. It’s normally little more than an excuse to justify righteous, cathartic bloodshed. Lance Daly’s Black 47, a Famine set,  Irish Western, ups the ante by asking ‘what if an entire society was devastated?’ What mad acts of revenge will this justify? How cool will they be?

The answer, in short, is ‘very’. While this may be pitched as The Proposition in Connemara it has more in common with Death Wish,  First Blood and the grimy revenge flicks of the 70’s. Meanwhile, as a Western it definitely falls closer to the unhinged mania of a Peckinpah than a Ford. Black 47, despite the genre trappings is much more a modern exploitation film than anything else. I mean that as a compliment. There is an unnerving, visceral thrill in watching a big, tick, ginger bearded bogger with a vendetta go through people.

We meet James Frecheville’s Feeny returning to his devastated homestead after deserting the British Army. A brutal, eviction gone wrong turns him from a man with the means to pay for passage out of the country into (trailer voice) a man with nothing to lose. As he crosses targets off his list the crown authorities dispatch a fresh faced, English, public schoolboy sadist (Freddie Fox) and Feeny’s own former comrade (Hugo Weaving) to track him down.

You can read the rest of the review here.

Murray mentions how the themes of evictions, forced conversions and food being shipped out of the country all feature in the movie. In a Q & A discussion after the screening, Lance Daly noted how that they were unable to feature the place of the workhouse in Irish society at the time in the script and he also lamented the absence of a strong female lead due to the nature of the film, a theme featuring strongly in his earlier productions (including Life’s a Breeze).

Weaving is the true star of the film, as this Variety review confirms, though Frecheville plays his role impressively. Daly uses the Irish language to powerful effect, the stark nature of the class structure that existed in Ireland at the time being visibly and audibly apparent by its deployment throughout the film.

The film opens in cinemas this week across Britain and Ireland. Definitely one worth catching.