Time will tell whether the PM’s greater-than-usual lucidity at the dispatch box yesterday was pure euphoria after getting a couple of troublesome monkeys from her back or a genuine bend in her own political road.

Certainly, one key problem facing Brexiteers (who, lest we forget, actually won the Referendum) is that in order to win they had to build a broad ecclesia that encompassed opposing factions which could never agree on a common agenda.

This was the job given to David Davis and his resignation in particular signals, amongst other things, a very personal failure to come up with any viable plan that was also capable of getting buy-in from his own party.

Key decisions were deferred until after the popular vote. The Commons (unlike Referendum voters) is a legislative body accountable to local voters on a range of issues amongst which Brexit is but one consideration.

This is acute in Conservative areas which are economically dependent upon access to the Single Market, leading some local Tories to argue publicly that Brexit is a bigger threat to the UK than anything a Corbyn-led Labour could inflict.

So will it lead to an election? The lines between to the two main parties on Brexit are so fudged it’s hard to see what calling one would resolve. Although we won’t see the detail until the White Paper arrives on Thursday.

Davis has cited the backstop agreement on the border as a key source of his dissatisfaction, whilst in contrast, Nigel Dodds emphasised her rejection of EU’s buccaneering interpretation of NI’s place within the UK, post-Brexit… 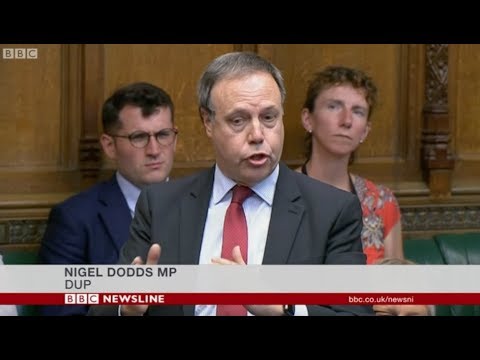 It looks eerily consistent with that joint Foster-McGuinness letter of the summer of 2016, which might explain the odd, non sequitur from the SF leadership on Newsline: failing to take account of the apparent scale of the government flip…