If you missed it, and you want a reliable account of that ‘agreement that wasn’t an agreement’ let Brian Rowan take you through it in his usual careful and measured way… 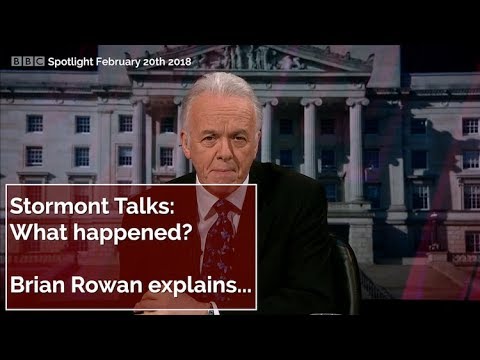 The only aspect of it that seems well worked is the language section (a milk and water version, according to Rick Wilford) and the breaking point there seems to be that the DUP won’t sign up to a stand-alone Irish Language Act.

Nothing on the petition of concern, a committee to deal with a Human Rights Act (which the two parties have already tried twice and failed), nothing on equal marriage, and a promise of negotiation on a military covenant.

Richard Haass is also worth listening to for his reading that none of this is about what it seems.. 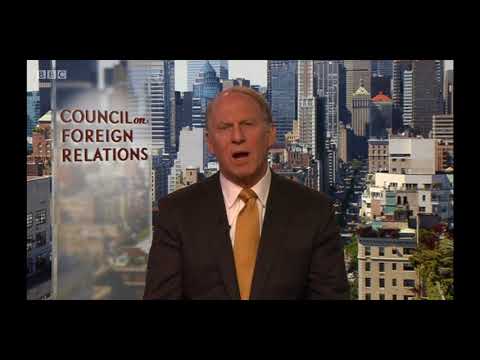 It’s not as that many more people have become fluent in the language, or has this become a proxy for both sides for the problems between the north and the republic or the relationship between Northern Ireland and the rest of the UK.

And reflecting on his experience from before…

There was certainly a lack of empathy, and a lack of a willingness to walk in the other person’s shoes, always a tremendous sense of baggage from the past, of a bitterness.

It was very hard for them not to recount all the slights and injustices as they perceived them from the past and, to put it bluntly, to get on with it.

Would an independent chair make a difference? He shrugs and points out that such a chair can only add 5% to the outcome and that “negotiations only success if the parties are willing and able to compromise.”

I demur slightly at Brian’s optimism. The half-life of any signed agreement between these two parties is vanishingly short. Haass rightly locates the real problem as being beyond any issue currently being talked about.

Mary Lou’s pugnacious accusation this evening that Theresa May is refusing to take on the DUP has a distinct ring of all our yesterdays. Though it’s more likely a crude attempt at upping the ante on the Taoiseach’s words earlier.

If there’s to be a forward gear in the apparatus of the Belfast Agreement, you have to deal with the extreme comfort the main players seem to be enjoying in not actually doing the jobs they’re elected to do.

The mechanism agreed at St Andrews means that neither party is under any real threat from a rival on their own side. But this appears to have to disincentivised both from taking any unnecessary risks.

So Stormont is back on the bricks. For all the protests to the contrary, shouting loudly at the DUP and unionists in general, won’t get things moving again. It only popularises the resistance to an equitable deal.

The UK and Irish governments would be well advised to take time out and start addressing themselves as to how they fix the democracy-free zone that Stormont has gradually become. And when they come back, drop the laissez-faire approach.

And contrary to a too easily favoured myth, it’s not the fault of the voters either. St Andrews weighted all the options to a choice between the single largest tribal tribunes, banishing relevance from the other parties.

It ain’t working. And a return to the status quo ante (the avoidance of which constitute the most important blank pages in the draft agreement) cannot make it work either.

What might work is to face both with the jeopardy of an electoral system that brings the electorate back into the deal and provides both nationalist and unionist voters with an incentive to use the carrot and/or stick.