So does anyone know what’s in this putative Acht na Gaeilge? Not yet, but if we look for precedents in Wales and Scotland, they have Acts which radically diverge because they reflect needs in each place.

In Wales, the language remains central to community life in vast swathes of the country. Its religious Baptist tradition put Welsh at the heart of a language-driven form of worship. This is the only place where the Act confers justiciable rights.

In Scotland which contains a number of intensive and historically well established Gaeltachtai in the islands and highlands, the Act is largely programmatic and draughted in such a way as to avoid the granting of extra rights.

Any putative Northern Irish Act (ILA) would be proportionate to the strength of the language – strongly in revival, but with few geographically delineated speaker communities – and its contested nature (often on false lines) would be just as modest.

Despite Concubhar’s spirited (but completely erroneous) assertion that DUP red (white and blue) lines are holding everything up, reasonable Unionist grounds for an ILA have been pretty clear since last March.

To a purely programmatic Irish Act, they want one for Ulster Scots and another for Culture. The current objection appears to be to the additionality of the other two for reasons that remain very poorly articulated.

That said, we can only presume that if this is all that remains to be settled then the other more problematic issues around dealing with the past and marriage equality have been dealt with or agreed to be long-fingered.

It may be that, as Brian hints, that this is just my Pollyanna instinct to see half full glasses, where they might actually be half empty. But what is regrettable is the unnecessary poison this whole episode has inflected into the discourse.

The sense that SF is merely using the issue as cover for the break in the first place, was amplified by that odd moment when the new party President deferred to the party Chair, Declan Kearney… 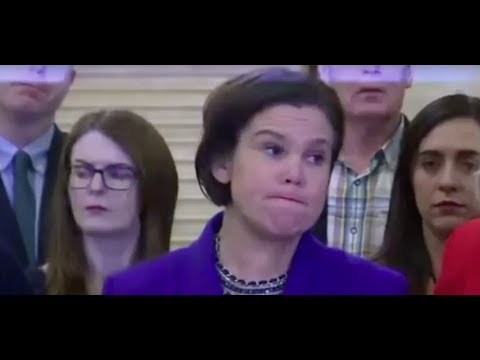 There’s now a lot of poison to drain from what should have been a very simple piece of business, done over a whiskey or two in Stormont Castle. But apparently that’s not how the puritan instincts of the DUP and SF operate…