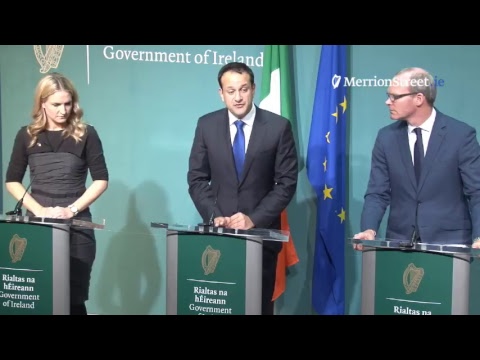 It’s all gone a bit, Pete Tong. Just have a listen to this exchange at this evening’s presser at Government Buildings. As RTE’s Tony Connolly pointed out on the Drivetime programme this evening, when it comes to international trade there’s a hell of a difference.

Someone’s dropped the ball today, and in the desperate scramble to try and fix things we may never find out who or why. There is disquiet in some Dublin circles as to the potential consequences.

ADDS: Guido, with the telling context…

With broadcasters starved of developments, because May and Juncker were lunching behind closed doors, they continued to pile up punditry of this kind. All this was despite RTE’s Tony Connelly having tweeted a corrective only four minutes after the first tweet that the phrase, as anathema to Brexiteers as it is to the DUP, had been replaced by “continued regulatory alignment”.

Meanwhile Irish Taoiseach Leo Varadkar, waiting impatiently before the Dublin media at a pre-scheduled press conference, unwisely claimed that the wording was basically the same either way. It isn’t.