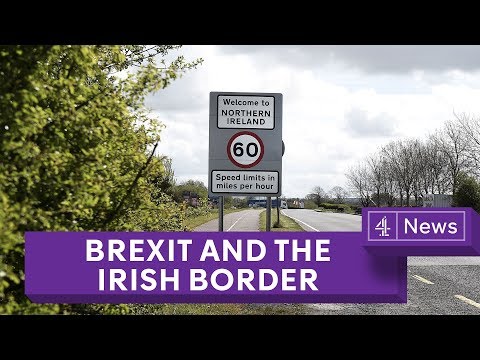 Fascinating free-ranging conversation including our own Senator Neale Richmond (formidable performance), who has a good old barney with my oul mucker Jonathan Isaby of Brexit Central…

The information vacuum is driving a lot of this controversy, but what’s fascinating is to hear the clash between how the Republic sees the EU and the more negative terms in which the UK has always viewed it.

In the short term, Nichola Byrne of the Irish Exporters Association is probably right that Ireland has much to gain and very little to lose by staying in the EU after Brexit, but in the longer term, negotiations will be tougher without the UK.

With exception of those like Ray Bassett (and David McWilliams) who advocate the extremely unpopular option of Ireland leaving, what no one in Ireland seems to have considered is what it might do if Brexit is a success.

The political discourse around this doesn’t make the border issue easier. Ian Paisley had a point last night on RTE Prime Time when he highlighted the folly of talking about the war border as opposed to a trade border had needlessly complicated things.

So too, indeed, does overly focusing on the business of whether Brexit will ultimately aid Nationalism or Unionism. Whichever way it is will unfold with the country’s fortunes, whether for good or ill.

Ultimately, as Jennifer Kavanagh from Waterford Institute of Technology noted: “there is so little concrete information coming from both sides…” When the deal is agreed, it will be done between the British and the European Union.

Reputedly the financial settlement is going to come in closer to the EU end of the figure. Like it or not, this UK government wants the freedom to strike trade deals elsewhere and that has implications that will have to be managed elsewhere.

The strong position of domestic vested interests means that even in Northern Ireland, there will be necessary limits on what kind of Brexit can actually be delivered. Once we get past phase one, the real work will start on nailing that down.