Mount Stewart Conversations are back for a second year on Saturday 14 and Sunday 15 October. As well as talks and debate, the renowned gardens and woodland trails will be alive with performers and international music.

Last year’s inaugural event brought speakers, music and food into the historic National Trust property on the eastern shore of Strangford Lough. You can still watch or listen back to many of the talks by David Aaronovitch, Anne Applebaum, John Bew, Ruth Dudley-Edwards, Rachel Johnson and Jonathan Powell.

So far this year’s programme includes satirist and editor of Private Eye, Ian Hislop in conversation with Craig Brown on Saturday afternoon.

Earlier that day a panel with Rosie Boycott, Mary Kenny and Senia Paseta will launch the National Trust’s UK-wide national programme that will focus on women and suffrage throughout the 2018 centenary year.

Diane Urquhart will join them in another conversation (free thought ticketed) to trace “The Political Women of Ireland” from Maude Gonne, the Countess Markievicz, through to Edith, Lady Londonderry to the present day. 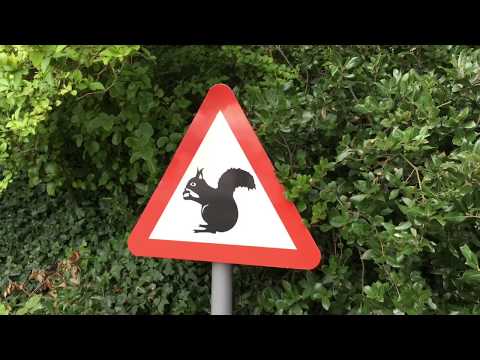 With their private gardens and walks, country houses were used to transact a lot of political business away from big cities and parliaments. Mount Stewart has a history of holding conversations of significance. If you tour the house you can see chairs from the Congress of Vienna after the Napoleonic wars – at which Lord Castlereagh participated – which can be seen as laying down the blueprint of what would eventually become the European Union.

On Sunday morning the National Trust are bringing together Fintan O’Toole, Roy Foster and Ben Lowry to chew over “Brexit, Ireland and the Hard Border” before Ellvena Graham and David Gavaghan discuss the impact of Brexit on the economy on both sides of the border.

At lunchtime on Sunday, Ahmad Sarmast (founder of the Afghanistan Women’s Orchestra) will speak alongside Shalini Wickramasuriya (The Music Project in Sri Lanka) about using music and arts to overcome conflict in a free (though ticketed) session.

Not everything is serious. Attendees are promised a tongue and cheek look at “Boys Jobs, Girls jobs” with Mary and Giles Wood from Gogglebox.

The organisers promise fun and philosophy to expand younger minds with “The Garden of Thought Experiments”, as well as street art, circus skills, and a series of popular lectures on the “Suffragettes of Soccer” and “Use Mind Control like Donald Trump” for the adult-aged children. Add to that a Ukulele workshop and lots more music and creativity from Beyond Skin (the intercultural arts organisation).

Tickets for individual talks organised by the National Trust are now on sale. Except for NT members, normal admission price to the site still applies throughout the weekend. Day passes granting entry to any of the talks on a day (first come first served) are also on sale.

The BBC will shortly be making tickets available for its ‘festival within a festival’ with free talks and conversations exploring the theme of Journeys, Journalism and Books. The line-up is expected to include Jonathan Lynn (who co-wrote Yes Minister and Yes Prime Minister), Dan Cruickshank, Natalie Haynes, Edith Hall and Fiona Stafford.

Details about the emerging line-up, tickets and volunteering opportunities can be found on the Mount Stewart website.