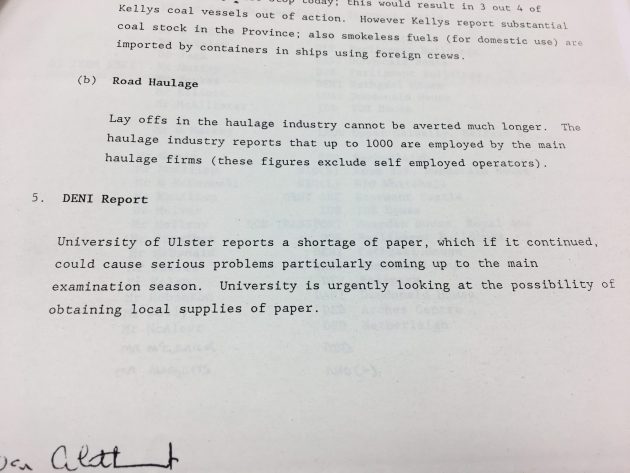 Only months before the damp squib of the Cosmos 1900 satellite which did not end up spreading radioactive debris over Northern Ireland, the Emergency Monitoring Unit at Stormont were collating daily situation reports about the effect of the Ferry Strike which stopped most sailings in and out of Larne, Belfast and Warrenpoint.

The newly released government file CENT/1/19/44A [selective scans] contains economic reports about the affect on industry and details about the supply levels of food and milk. Alongside these predictable reports sits one supplied by the Department of Education on 5 May 1988:

“University of Ulster reports a shortage of paper, which if it continued could cause serious problems particularly coming up to the main examination season. University is urgently looking at the possibility of obtaining local supplies of paper.” 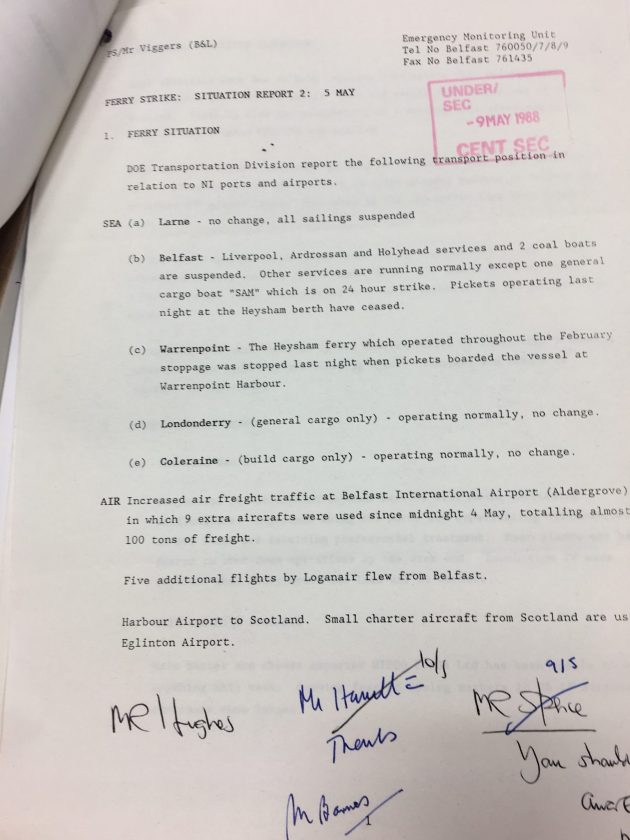