You get the feeling they must be tripping over camera crews in loyalist areas. The recent DUP/Conservative deal has turned the eyes of the UK media towards Northern Ireland.

A steady stream of film crews has been making the trip recently. You know the format by now: lots of footage of explosions, the obligatory standing in front of a peace wall, marveling at bonfires, the arty shot at the end as flames leap into the sky.

The latest documentary is from Stacey Dooley. The Billion Pound Party has our intrepid reporter travelling to Northern Ireland to meet DUP voters. I actually quite like Stacey’s style. Her accent is grating, to say the least, but her shows are usually interesting in a tabloid kind of way. 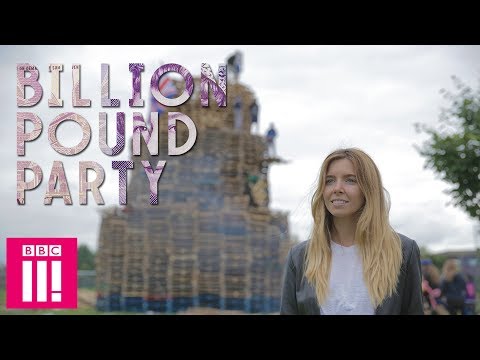 I don’t know about you, but I always get a wave of despair sweeping over me when I watch these shows. Just when you think things are getting better, you watch an interview with a loyalist guy who compares the Irish flag to the flag of ISIS. Sigh…

The show had some moments of comic relief. Stacey interviewed two members of Sinn Fein youth in a storage cupboard – seriously a cupboard.

The star of the show was Ruth, the daughter of Ian Paisley Jr’s election agent. Ruth is from rural North Antrim and seems to have led a bit of a sheltered life so far. She explained how she has only been allowed to go to one concert so far (Ed Sheeran) and how her minister describes the cinema as a cesspit of iniquity. When she was describing her opposition to gay marriage you got the feeling she was going through the motions. She was a likable girl and I would love to know how she is getting on at Queen’s.

But to be fair most of the people interviewed had pretty moderate views when it came to gay marriage. Even Orange Lil (yes, that was her nickname) explained how she had a lesbian daughter and had no problem with gay marriage. The DUP have lost the battle over gay marriage even amongst their own voters. All interviewees were pretty clear that they were no fans of the DUP, but they voted for them to keep them uns out. They say every election in Northern Ireland is a border poll, but you get the feeling we are now settling into decades of cold war brinkmanship.