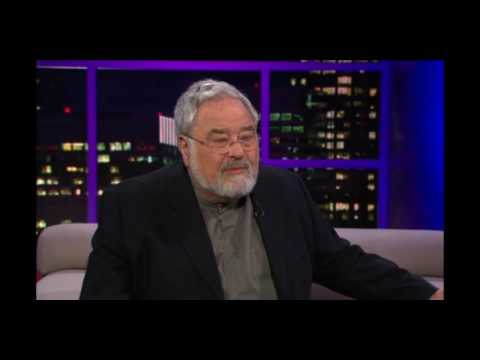 George Lakoff, Professor of Cognitive Science at the University of California Berkeley talks to Tavis Smiley of PBS about what cognitive science might tell us about how Donald Trump is leading the media down endless rabbit holes, and what they might do about it.

Raising the subject of President Donald Trump may seem to be against the spirit of our occasional Friday Threads, which is generally a holiday from the tribalism of politics. But the Trump phenomenon goes deeper than politics.  This from Maureen Dowd recently:

Because Trump holds Thor’s hammer, with its notably short handle, we must keep trying to figure out his strange, perverse, aggrieved style of reasoning. So we’re stuck in Trump’s head with him.

It’s a very cluttered place to be, a fine-tuned machine spewing a torrent of chaos, cruelty, confusion, farce and transfixing craziness. Of course, this is merely the observation of someone who is “the enemy of the American people”, according to our president.

It’s not the only piece in this line this week. There are other liberals getting exhausted with the sheer energy required to keep up with this most manic of all manic Presidents. When Farad Manjoo tried to ignore Trump-related news stories for a week, he found:

…the overall effect was something like trying to bite into a fruit-and-nut cake without getting any fruit or nuts.

President Trump is a very Internet President (several conservative iterations on from the once uber-digital liberal candidate Howard Dean) who has bypassed much of the insider certainty of institutions currently suffering a global dive in public trust.

To the hysterically loud, but voiceless liberal elite (who cannot now seem to think of anything else) he also presents a very Internet problem. It’s been the turn of the Trump and the pro-Brexit campaign to disrupt expectations and taking public engagement a few steps further.

This is from the beginning of Lakoff’s interview with Smiley, where he cuts to the chase of the core of how politics works (from forever), and not just in  regard to Trump (go no further than the problems facing the moderates in NI for instance):

He knows not just how to speak but how to change your brain very effectively. He’s a super salesman.

Once they are fixed they become what you would call a neural filter. You can only understand what your brain allows you to understand. So if you only have one worldview, you’re stuck to understanding only things that fit that world view.

If information comes in that doesn’t fit it, it will either be not noticed, ignored, ridiculed or attacked.

This is not something that you consciously will. Remember that about 98% of thought is unconscious and beyond conscious control. Many people, perhaps most, hold more than one worldview at once.

And that means you have two different worldviews, but about different things. Neurally that means those two world views contradict each other, and the activation of one weakens the other. So if you can use language to activate your world view in somebody else, you have power.

Here’s a section from Drew Weston’s introduction to his celebrated 2008 book, The Political Brain:

It worked overtime to feel good, activating reward circuits that give partisans a jolt of positive reinforcement for their biased reasoning. These reward circuits overlap substantially with those activated when drug addicts get their fix, giving new meaning to the term,

These reward circuits overlap substantially with those activated when drug addicts get their fix, giving new meaning to the term, political junkie.

At the best of times, the pain and exhilaration experienced by some commenting on Slugger arise from a confrontation of clashing world views.

Lakoff provides a clue for how that works:

So if something comes in and you happen to know it’s a lie it doesn’t matter because the truth that defines your identity is more important.

In Trump’s case, the selling lies somewhere is about flipping the narrative:

First, repetition, over and over and over. Language means something, it activates something called a frame in your brain, which is part of a world view.

Until the New York Times used tax relief on the front page and the Democrats took tax relief for the middle class and so on and taking the conservative view of taxation. And this happens a lot.

So what to do about distractions in politics:

Criticising Donald Trump is likely saying “don’t think of an elephant” (I wrote a book called Don’t think of an Elephant) where Nixon said “I am not a crook”. You negate something and it makes people think of it. It strengthens the people you are arguing against.

What you need to do is argue for. Always frame things from your point of view when you start. So suppose you are in the press and you have to cover Trump. You’re in the media. What do you do?

Then say, “oh by the way, he has tweeted the following which doesn’t fit the facts in this way. You say that in 30 seconds, and then you go back to the real issues. This is a diversion away from these real issues and you go back to telling the truth.