Interesting piece by Patrick Murphy in the Irish News on Saturday (it’s well worth reading in full).

Not least because he lays out some of the key assumptions of Sinn Fein’s plan to re-unite the island, some of which, like “cross-border bodies confirm the legitimacy of the border” demonstrate the party’s enduring disdain for a pragmatic to the matter.

But I think this is the key passage:

The party hopes that Stormont’s future style and content of governance will reflect an economically unified, post-Brexit Ireland.

Of course, all of this depends on Sinn Féin doing well at the polls, something which is not as certain as previously. It stands to lose a second seat to People Before Profit in West Belfast (where shaking hands with the Queen did little to alleviate child poverty).

They may not do just as well in Derry with Martin McGuinness not standing and risk losing a seat (possibly Conor Murphy’s) in Armagh, if the turnout in Newry does not increase.

In a society which has been hard done by, SF now claims that it is a victim of a system which it helped to create and which, until two weeks ago, it and others were praising as a wonderful success.

But just as those who advocated war subsequently claimed to have invented the concept of peace, those who helped to operate a rather dubious form of government may now re-write the party’s Stormont history as a heroic defence of truth, beauty and all things Irish. (Watch the Queen being quietly removed from the pages.)

We have seen history repeat itself here, first as the tragedy of violence and then the farce of Stormont. If Sinn Féin gets it wrong again this time, its northern operation risks becoming an under-performing branch office in a Dublin-led organisation.

In February 2009, Richard English highlighted how the complexity of Sinn Fein’s north-south strategy made for huge managerial costs, and underperformance in the south. 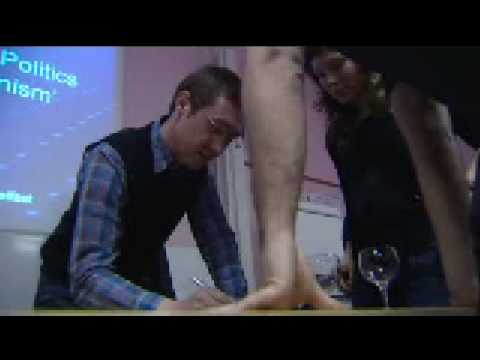 At the time the party’s southern strategy was taking second place to managing the devolution of policing and justice row with their erstwhile partners in Government, DUP.

Within a year the strategy (and most of its internal resources) had shifted to the Republic, leading to that breakthrough election in February 2011, and subsequently built upon (more modestly than hoped for) in last year’s southern general election.

But it is hard to remain an insurgent force in the Republic and keep the plates spinning in a plan that leads to responsible government in Northern Ireland. In this respect, Murphy’s point about the sub-office is well made.

Today Sinn Fein announce Martin McGuinness’s successor. Since Martin stepped down as dFM, whoever it is will not have to compete since it’s by appointment rather than election. Without an official appointment, it’s a ceremonial or office lite position.

Adams told RTE yesterday the plan was always for Martin to retire after a couple more years. His enforced early retirement at a high point of tension (after just 7 months of facing the first official opposition) leaves a double vacuum: a lack of leader, and office.