There’s a lot in the Belfast Festival programme to whet the appetite of political minds. After its bruising breakup with Queen’s University and an unnerving though successful first year under its new structure and governance, the Ulster Bank Belfast International Arts Festival (to give it its full name) is back, confident and less distracted with its 2016 programme starting on Tuesday 11 with 103 events over 19 days in 30 different venues across the city.

Festival director Richard Wakely explained at the launch that the aim is to bring the international work to Belfast, and to showcase local work and artists that is of international standard, for example, Prime Cut’s award-winning Scorch (recently back from the Edinburgh Fringe). Several hundred free tickets for paid shows are being made available to community groups and members of the public as part of the Ulster Bank’s sponsorship, along with some totally free events throughout the festival programme. 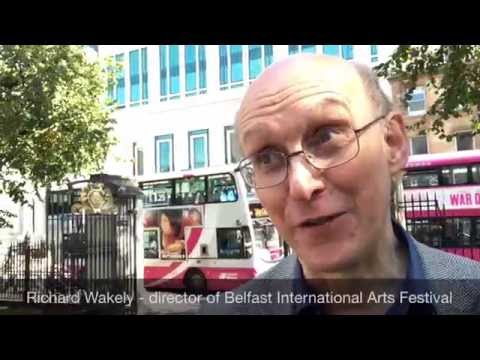 Three themes run through much of the 2016 programme. Bending the Bard takes a sideways look at the enduring appeal of the Shakespeare on the 400th anniversary of his death.

Nineteen Sixteen looks back at the events on this island and across Europe. The festival opens on 11 October with a free (ticketed) evening of poetry, music, drama and imagery at 7.45pm in The MAC. In Dreams Begin Responsibilities promises to be a celebration of reconciliation on the island of Ireland over the last hundred years.

Dance show Butterflies and Bones: The Casement Project (Thursday 13) looks at belonging and becoming through the life of Roger Casement. The Fever: Roger Casement in the Dark Places (Wednesday 19) brings together performances of new dramatic work by Fintan O’Toole along with new music and the trial speech that was written by George Bernard Shaw for Roger Casement to deliver at his trial.

A century since limited women’s suffrage was introduced, 100 Years of Emancipation for Women – Where are we now? (Tuesday 18) asks how far women on the island of Ireland have come in relation to political empowerment (women are 27% of MLAs and 22% of TDs despite being 51% of the population), health and reproductive rights. Catriona Crowe and Fionnuala Walsh will be joined by Clare Bailey MLA and Allison Morris.

Belfast Rising by Brassneck Theatre Company (Tuesday 25-Saturday 29) uses story, song and visuals to uncover the legacy of women and men connected with Belfast who would rally and strike in pursuit of independence. 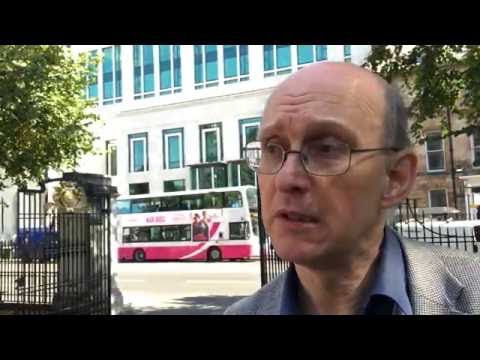 World in Motion explores the human face of the migration crisis through film, theatre and word. Labour MP Yvette Cooper is delivering Amnesty International’s annual festival lecture on Thursday 20 at 7.30pm. Her remarks will look at fixing the refugee crisis and why the UK should do more to help those fleeing violence, conflict and persecution. Followed by Q&A.

David Greig’s new version of Aeschylus’ The Suppliant Women is being performed by a huge local cast in the Grand Opera House on Friday 21 and Saturday 22 October. The original play has at its heart local people arguing for their lives. Those resonances jump into modern times as fifty women leave everything behind to board a boat in north Africa to flee across the Mediterranean. Who are we? Where do we belong? Who will take us in?

Author Charlotte McDonald-Gibson, author of Cast Away: Stories of Survival from Europe’s Refugee Crisis, will be in conversation with Peter Geoghegan (Wednesday 12 at 8pm), discussing her book’s insight into the EU’s chaotic and mismanaged response to the crisis.

The following evening (Thursday 13 at 7.30pm) Dr Rebecca Schaaf will deliver a lecture for the Royal Geographical Society that explores the complexities of the refugee crisis, placing it in a global context and considering the deeper causes and longer term implications.

And the Queen’s Film Theatre are screening a short season of films: After Spring (following two refugee families in Zaatari refugee camp), The Music of Strangers, Flotel Europa (the director’s own story of fleeing 1990s Yugoslavia for Copenhagen), Walls (exploring the consequences of division globally through walls), #MyEscape (footage shot by refugees fleeing Afghanistan, Syria and Eritrea), Lampedusa in Winter (how refugees have become part of the island’s identity) as well as a selection of shorts from Mairéad McClean looking at Irish memory, migration and identity.

Other performances include Chekhov’s Three Sisters which novelist and playwright Lucy Caldwell has reset from 1900’s Russia to 1990’s Belfast as three sisters face up to the inertia they’ll need to overcome in order to conquer their dissatisfaction with life. (In Lyric from Saturday 15.)

Kabosh Theatre’s new play Green & Blue (Friday 21 and Saturday 22) looks behind the uniforms of RUC and An Garda Síochána officers patrolling the border at the height of the conflict based on an oral archive of officers’ testimony.

Sarah Gordon’s first play A Sinkhole in Guatemala is being performed in Cultúrlann (Friday 21 and Saturday 22 October). A hole opens up, but where will it take you: a story about finding your way.

The festival closes with a series of concerts by the flamboyant artist and performer Taylor Mac. His concerts on Tuesday 25 and Wednesday 26 will feature his take on the music and culture from 1896 through to 1926 while the closing concert on Saturday 29 October promises to be “a ten decade spectacular” racing through from the Battle of the Somme and Easter Rising in 1916 to today in 2016. A live band, dazzling costumes and a lot to see, listen to and think about.