The Mount Stewart Conversations were organised as part of the National Trust’s year of looking at the UK’s relationship with Europe. A series of curated talks took place across the lough shore site accompanied by music, workshops, Street Countdown and food. Gorgeous weather on the Saturday tempted people to walk through the woodland trails. BBC Northern Ireland injected historical experts and documentary makers into the programme that was themed around the wider issues of how diplomacy and politics have affected and continue to affect the wider European region.

As well as watching a handful of the sessions, you can listen back to my recordings of a selection of talks over the two days (the audio player is embedded at the bottom of this post). Illustrator Patrick Sanders captured the gist of what was being said on the main stage over the weekend with his excellent visual summaries.

Conferences and symposiums often focus on specific events during a very tight time period. In contract the conversations at Mount Stewart gave a sense of perspective as with discussions spanning several hundred years of history and with a range of contributors (and audience members) from across the two islands. Throw in the gorgeous National Trust gardens and walks and you can see how country houses used to transact a lot of political business away from the cities and parliaments! 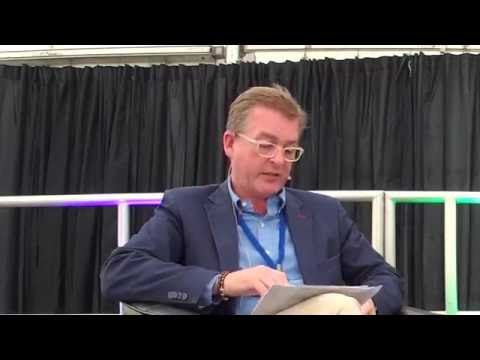 The first discussion of the weekend centred around the life and legacy of Lord Castlereagh (1769-1822) who had strong family links with Mount Stewart. As foreign secretary his contributions at the Congress of Vienna after the Napoleonic wars could be seen as laying down the blueprint of the European Union. (Chairs from the Congress of Vienna were brought back and can still be seen at Mount Stewart if you tour around the house.) Panellist John Bew made a BBC documentary about the figure; he now wonders whether his work was more a forerunner to the UN or NATO than the EU. The statesman is labelled as a tyrant and a traitor when he secured the passing of the Act of Union between England and Ireland, yet is also viewed as being deeply moral and trying to do the right thing. Challenged by the behaviour of his brother, the eccentricity of his wife, Castlereagh’s work has had a profound impact that lives on beyond his own tragic death. With the talk illustrated by some clips from Bew’s documentary, hopefully BBC NI will re-screen the programme soon as it resonates with the contemporary wrestling over our relationship with Europe. 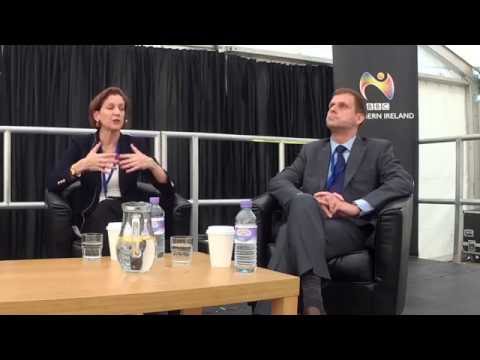 John Bew returned to the stage to chair the next main stage conversation: Russia – Malevolent or Misunderstood? Are we in a new cold war with Russia? What is Russia trying to achieve with its foreign policy? Anne Applebaum explained her view that President Putin and the Russian establishment feel that their system needs ideological (and informational) defence from the West. She pointed to Russian funding of far right parties in Europe as well as suspicions of funding some far left parties too. Academic Alex Titov warned against focussing excessively on Putin. 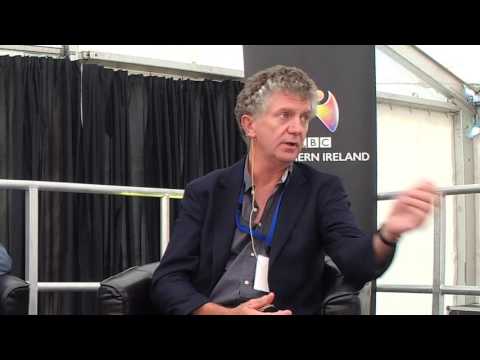 The largest afternoon session was chaired by Alvin Jackson and asked Can the Kingdom Stay United After Brexit? Jonathan Powell – interviewed on this topic for Slugger O’Toole a few days before the Mount Stewart event – started by examining some of the challenges facing the UK when they enter Brexit negotiations. Powell doesn’t believe that the UK will fully leave the EU, suggesting that even after triggering Article 50, the UK would still have to formally ask to leave the EU, another gate in the exit process. Commenting on suggestions that HGV traffic could stick to particular roads for customs’ purposes, Powell wondered what Slab Murphy would make of that idea.

Over 75 minutes the panel pondered how the UK government could have stumbled into this constitutional chaos without having done due diligence? Where was the contingency planning? Fintan O’Toole described Brexit as an “act of recklessness”, like a drunk trying to pull the tablecloth off a table to leave what’s on top intact. It has profound consequences for Ireland at a time that “we have found equilibrium on how to work together on these islands”. He argued that consent was at the heart of the Belfast Agreement (“a radical piece of political thinking”) and there is currently no reason to believe that the view of the people in NI will be listened to over Brexit. Jonathan Powell didn’t recognised Fintan O’Toole’s suggestion that the English were voting against Ireland.

From Powell’s perspective one way forward is the advent of pro-Europe Labour leader, or the emergence of a new pro-Europe party. He noted that Theresa May had “appointed three idiots” to negotiate Brexit and they will take the blame when it goes wrong. Fintan O’Toole opined that the only way not to have a hard border across Ireland is if the Republic of Ireland also leaves the European Union … and that’s not going to happen. 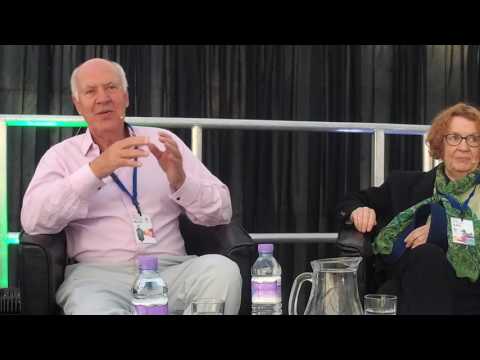 The final Saturday session on the main stage delved into the world of Diplomats, Diplomacy and Television. Michael Cockerell has a history of negotiating good access to normally secretive state organisations (including the Foreign Office and the House of Commons). He described diplomacy as a suitable way of “ensuring the other side gets your own way”.

Francis Campbell diplomatic career included a posting to the Vatican that was the subject of a BBC documentary followed by a spell in Pakistan. He defined diplomacy as “understanding”. The panel contrasted the long duration work of understanding a country and its situation with the fast-in-fast-out media approach of producing a news report and then moving onto another issue.

Campbell said that “reason prevails over hierarchy” in the world of Foreign Office diplomacy, with a recent Foreign Secretary particularly keen to build up a full picture of the issues (rather than just being presented ‘Sir Humphrey’-style with the ‘right’ answer or the predicted eventual answer).

A clip from documentary True Brits: Inside the Foreign Office, the basis for Ruth Dudley-Edwards’ book, introduced the rarefied yet ghastly existence of diplomats. Her three day visit to Riyadh obviously made a negative and long-lasting impression. Campbell highlighted a “loneliness” that goes with diplomacy. The ghastly and uncomfortable places are where diplomacy is most needed.

The final minutes of the discussion assessed the implications of 24 hour news and social media on the world of diplomacy. Campbell asked whether the peace process in Northern Ireland would have been successfully incubated if discussions had been transparent and in the public realm. 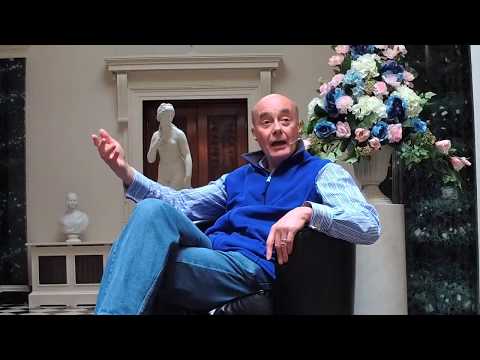 Sunday’s conversations began at 11am with William Crawley in conversation with David Reynolds about Summits. Neville Chamberlain infamously misjudged Hitler, travelling to meet the German leader with few advisors, believing that the Führer was who could be trusted to deliver on his word. The normally hard line Reagan found Gorbachev alarmingly friendly when they met in Geneva. Summits weren’t all about the words exchanged: over time, leaders began to put great effort into their presentation and deportment: Kennedy was injected with amphetamines to control chronic back pain while meeting the shorter Russian leader Khrushchev, defending their use saying “I don’t care if they’re horse piss”. Over the years women have largely been absent from summits. While being able to speak your opponent’s language (and listen without interpretation) can be an advantage, Angela Merkel’s fluent Russian didn’t save her from Putin’s alleged gamesmanship in bringing his dog in to meet her, no doubt briefed she would find this uncomfortable. 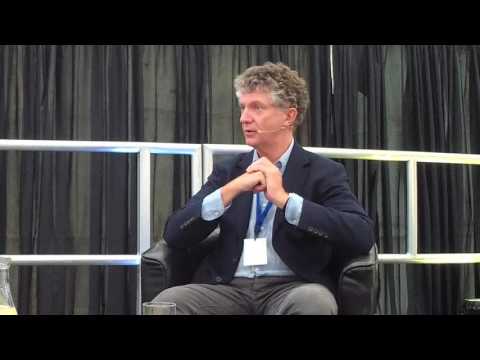 Mark Devenport engaged Jonathan Powell in conversation around the title of his book The New Machiavelli taking into account statecraft, back channels and conflict resolution. They quickly dived into the current deal in Colombia and the lessons that could be learned from Northern Ireland.

“There are things like constructive ambiguity and deadlines that work in all negotiations.”

Over an hour they dipped in and out of the Northern Ireland peace process. At one point Powell described the UDA brigadiers he met during his time in government as “a colourful lot”. Years later he launched their new Loyalist Communities Council. While an advocate of considering whether and how to open up communications with armed groups around the world, he suggested that dissident republicans don’t have enough support today to warrant talks.

Reflecting on his time in government, Powell explained that Number 10 Downing Street has the power to cajole, persuade and sack people in order to move policy forward, but little other clout. On the Chilcot Inquiry he admitted:

“I can’t pretend the Chilcot Report was a great success for Blair’s government.”

But he cautioned that non-invention would have necessarily been a success.

Powell stated that Gordon Brown didn’t speak to him for twelve years, breaking the silence as Powell left government by congratulating him on success in Northern Ireland. Obviously no fan of the current Labour leader, Powell spoke of a gap in the political market for pro-European fiscally-tight party. He predicted a reconfiguration of parties in the UK and US but wasn’t sure what the eventual landscape would look like. 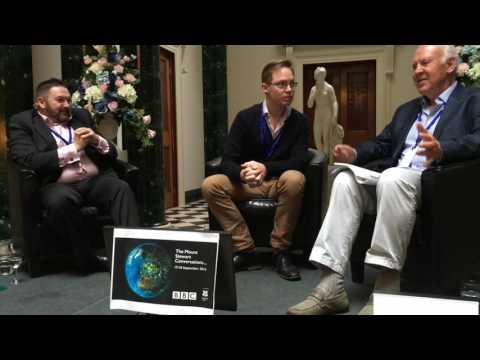 Other discussions over the weekend centred around the role of the ‘Ladies’ of the Londonderry family who lived in Mount Stewart; the life and times of political country houses; the rise of European nationalism; foreign secretaries; the future of diplomacy; and creating tomorrow’s leaders. 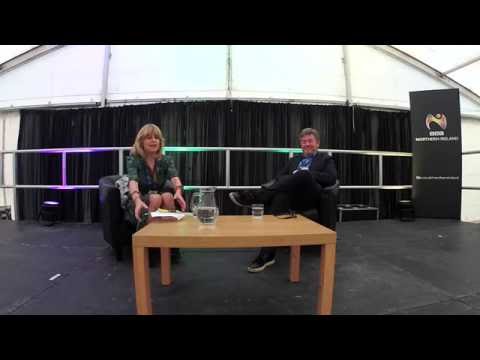 The final Sunday afternoon session lightened the mood with a frivolous and enjoyable discussion about conspiracy theories between Rachel Johnson and David Aaronovitch, author of Voodoo Histories: How the Conspiracy Theory has Shaped Modern History. Moon landings, Diana, 9/11, private banks, and more!