Wow, what a week in politics. Before the vote I was getting fed up hearing about Brexit. I went to bed on Thursday night safe in the view that no one would be crazy enough to vote to leave the EU. My politics are pragmatic, I detest ideologies. As someone who has been self-employed my whole life I can see the benefit of access to a free market of one-third of the world’s wealth. As our American friends would say, ‘it’s a no-brainer.’

But it seems the people believed the lies. Maybe they wanted to register a protest vote. Maybe they did want to ‘take back control’, whatever that means. I am not a sore loser; the people have spoken. As a politics fan I can watch it all unfurl like some slow motion car crash. To fully understand what an utter mess Brexit would be for the UK watch this short video from local lad Professor Michael Dougan: 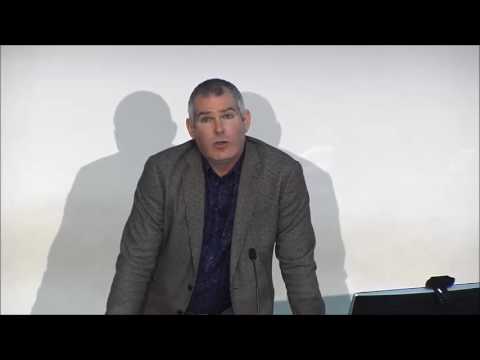 Before the vote I was not optimistic about our future. We have a lot of new start-up companies doing creative and funky things. We have lots of nice new bars and restaurants. We have a people who are generally friendly and welcoming. If you are middle class in Northern Ireland, you can have a great standard of living. But yet always in the background we are haunted by the past. Old wounds still fester. We endlessly churn up the past, trapped in a Troubles groundhog day.

An aid worker once told me there is a constant background vibe or energy you can feel in conflict zones. He could feel it in Belfast just as much as he felt it in Rwanda. Before you kick off in the comments, he was not comparing the Troubles to the Rwandan Genocide. His point was you could feel this presence always in the background – the spectre at the feast. As we saw with the flag protests trouble can flare up quite quickly in Northern Ireland. The threat of violence is always there in the shadows.

"The country is going to be poorer" after #Brexit vote, says George Osborne.
Listen: https://t.co/zIQ6EuM20g pic.twitter.com/UFu2aGqAyX

So what are the repercussions of Brexit for NI?

Massive job losses for a start. It is no secret that our economy is very heavily dependent on Government and EU spending. Some facts from the BelTel:

the EU is set to spend 118 million Euros on Peace programme funding up to 2020 and its absolute dedication to peace in Northern Ireland was shown recently on the announcement of another £190m to support peace and reconciliation.

We exported £3.6bn-worth of goods to the EU in 2014. That was 61% of total goods exports. Think about that figure: 61%. Three times as much as to the United States. Meanwhile, 34% of exports from Northern Ireland go to the Republic. £2.1bn was traded freely across our shared and open border last year alone.

It is easy to sneer at our endless amounts of community workers but they do a lot of valuable work. They work to keep a lid on violence in interface areas. They are on the ground dealing with the poor and marginalised.

Our farming sector is very heavily dependent on EU subsidies. In a post Brexit world let’s see how well are farmers do going head to head with cheap South American imports. A lot of farming will become unsustainable.

Our local universities will also get hit hard as a lot of research funding comes from the EU.

With the Labour party in disarray we are looking at several more years of Conservative government. There is no way they will give the same level of handouts we are used to. If anything we can expect further cuts to benefits and grants. Taxes will go up, water charges will come in, businesses and the public sector will be further squeezed.

Increasing joblessness and benefit cuts will lead to recession. I don’t think the Troubles would ever come back, but it is feasible that we could have Troubles-lite as the poor and marginalised look to blame themun’s for their economic plight. Get a charismatic leader who can stir up the mob and we are looking at real trouble.

I love living in Belfast. I like the people; I like the lifestyle. But with my business head on me I would never invest here – it is just too uncertain. Many people will now choose to keep their capital liquid lest they need to move elsewhere. To quote an old Troubles motto, ‘We will always be watching the door.’

All this will be gradual. Each year things will get a little worse. That shop/café you once liked will no longer be in business. You will find yourself going to more leaving parties. Your nieces and nephews will go to Scotland for University never to come home.

We have nothing to offer our young people. Their future is in Edinburgh, Dublin, Boston, Sydney and elsewhere. If you have get up and go, you need to get up and go. We don’t want your energy and talent. Don’t worry, with cheap global travel you can come and visit us. We will still be here reliving the past. As the old joke goes, ‘Welcome to Belfast, please wind your watches back to 16:90’.

This post is bleak. I am not depressed, I am just reading the situation as I see it. Maybe everything will be ok. The lower pound will boost exports (not that we export much). The lower pound will boost tourism (currently 1 tenth of the level of the Republic). Maybe lots of big American companies will open shiny new offices in the Titanic Quarter and Arlene and Martin will get RSI from cutting so many ribbons.

If you can see a specific upside to Brexit please do let me know in the comments. Not the vague ‘taking back control’ stuff but specific ways that Northern Ireland will better. I will be more than delighted to be proved wrong.