The Spring Festival of the Institute for the Study of Conflict Transformation and Social Justice at Queen’s continued yesterday with a discussion on ‘Randomocracy: An Alternative to Elections and Voting,’ led by Prof John Garry.

Some Slugger readers may have seen the short video produced as part of Garry’s research project, which summarizes the result of his experiment of asking random citizens to deliberate on the flags issue. 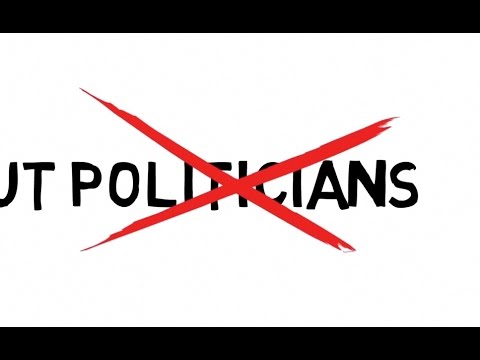 Garry showed the video at the event and then provided further information about the research methods and rationale.

Garry opened his remarks by pointing out that the idea of random citizens making decisions might seem ‘crazy’ to us today. But for the ancient Greeks, randomness was the norm and elections were considered ‘bonkers.’

He cited the example of the Constitutional Convention in the Republic of Ireland, where 66 randomly selected citizens and 34 politicians took part in a deliberative process – one result of which was a recommendation to hold a referendum on gay marriage. That referendum was held and passed overwhelmingly last year.

‘From the perspective of 1980s Ireland, that would have seemed science fiction-esque,’ Garry said.

This is how Garry described his Northern Ireland-based experiment:

Taking the issue of flag display as an example, what would happen if a representative sample of citizens became informed about the issue of flag display, if they considered the arguments from all perspectives and seriously reflected on the issue? Would their views become more centrist and compromise-oriented or perhaps more hardline? Would there be an increase in the chances of reaching a resolution on the issue?

To find out, we conducted a real world experiment on a representative sample of over 1000 Northern Ireland citizens. In order to inform citizens about the background to the issue of flag display we created a short film clip which provided an overview of the issue. In order to ensure that citizens heard a balanced set of arguments on all sides of the issue we created a further film clip providing this balanced set of perspectives. In order to encourage citizens as much as possible to really think about where different people are coming from on this contentious issue, we asked citizens to imagine that they were having a conversation with someone (from the ‘other’ community) about it in which the various arguments on the issue were being debated.

Those at the event had the opportunity to watch the videos used in the experiment.

Those who got the information, the summary of arguments and imagined dialogue were the most likely to come to a ‘compromise’ position (flying the flag on designated days), at 59%. This differed the most from the control group, where 48% of citizens chose the compromise position.

‘What these findings suggest is that when citizens engage in informed reflection on the flag display issue their views do change, and furthermore their views change in the direction of the compromise option.’

However, Garry was quick to point out that his experiment was not designed to manipulate people into ‘compromise’:

‘The point is not to shuffle people to a compromise position. The process is the point – it is the process of deliberation that matters, not the outcome.’

He noted that his experiment was rather unique among other studies of ‘deliberative’ democracy, where people are usually encouraged to talk with each other as a form of reflection. Garry specifically chose internal, ‘imagined dialogue’ because he felt that external dialogue would ‘contaminate’ the randomness of the sample, undermining his statistical ability to infer to the wider population.

In addition to the sample of citizens who participated in the experiment, Garry conducted surveys of the general public and MLAs to gauge support of ‘deliberative democracy responses to resolving contentious issues.’ Although it could not be assumed that either of these groups would be familiar with the idea of a ‘Citizens Assembly’, 65% of the general public said this would be a ‘good idea.’ Results are summarized below:

Question wording: On some important issues – such as flag display and the issue of welfare reform – the political parties in Northern Ireland find it very hard to agree with each other, and this leads to political crises. When such a crisis happens, there may be a number of ways to try and resolve it. Please tell me to what extent you think the following approaches is a good idea or a bad idea.

Although Garry was quick to say that the point of his talk was not to argue that deliberative democracy is necessarily a good idea or would quickly resolve contentious issues, he did highlight some of its potential advantages:

So, democracy without politicians – could it work in Northern Ireland?

Read a previous guest post on Randomocracy by John Garry.