The rise of Jeremy Corbyn has spooked many in Labour of a return to the 1980’s where the party was divided and forced to watch from the side-lines as Thatcher dominated the country.

In Labour folklore, one of the bright spots of Labour’s shambolic 1983 campaign which nearly saw the decimation of the party, with a manifesto that Gerald Kaufman dubbed as “the longest suicide note in history,” was a speech made in the final week by Neil Kinnock where he warned about the prospects for the young, elderly and poor if Thatcher won the election. 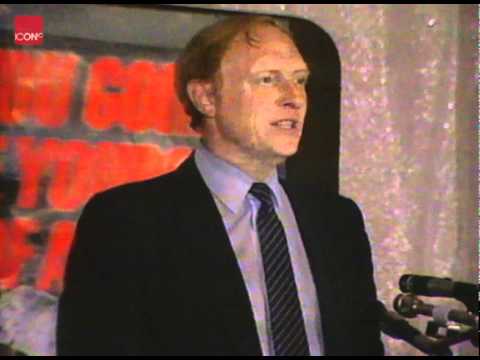 Of course we know, Thatcher won a landslide majority and all of the people Kinnock spoke about could not be helped by Labour, who had suffered a heavy defeat.

It may have been this desire to govern that shaped Kinnock’s approach as Labour leader, but I think his first words following his election are something that the current party could do well to remember today;

This need to build a governing coalition was learned some of the more centrist MPs like Gerald Kaufman who recalled the total inability of his more left wing Labour party to achieve anything during the 1980’s as he recalled the wilderness years;

It’s worth pointing out that more right wing leaders like Iain Duncan Smith and Michael Howard did little to bring voters back to the Conservative party. In fact, they couldn’t even convince the Murdoch empire to support them during the general elections in 2001 or 2005. It is interesting to see some Labour figures thinking that a more left wing leadership now is their route to salvation, when if history is anything to go by, it is the leader who can cultivate that governing coalition of adding to your core vote, who always wins.