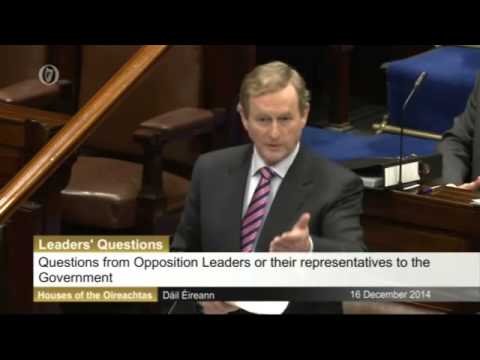 Of all the three stadia earmarked for improvement and renewal only the one serving Sinn Fein’s own base community has failed to even commence. The Minister at DCAL has insisted (and she may well be right) that she will be able to ring-fence that money until current problems are resolved.

But what should give her and other serious concern is what is likely to happen to her overall budget if her party leaders threat to refuse to sign off on a budget and instead all budgetary decisions are consigned to very civil servants Martin McGuinness once boasted he would put manners on?

Liam Clarke’s analysis suggests the party’s tactical meanderings in Northern Ireland have landed it in a position where its political hands are tied:

Sinn Fein’s last minute document on welfare reform took the unrealistic option. We all know that the party is preparing for great things in the Republic. It wants to be in government in 2016 and its main platform is resisting austerity. For that reason it doesn’t want to be seen to be imposing cuts and extra taxes here.

It is also keeping a weather eye on the SDLP, which is taking a similarly unbending line in an effort to outflank it.

Compromising might be hard for Sinn Fein to explain. Yet it may have an even harder job if the Assembly collapses due to its inability to balance a budget or compromise on a spending issue. That makes it a very poor candidate for coalition in the South, especially if violence and street protests fill the vacuum.

Referencing the Taoiseach’s harsh words at leaders questions the other day, Liam notes Adams’ defence that the party

…was merely pursuing its established policy of protecting the vulnerable, but that may not wash with everyone who votes for it, especially if trouble starts.

Sinn Fein needs to think very carefully about its choice, which offers no perfect alternative. Politics, the democratic form in any case, is the art of the possible, where you achieve what you can with the resources and partners available.

Similarly Ms Ni Chulain may be able to hold on to the Casement cash, but deadlock (significantly with a subsection of her party’s own voters) doesn’t even get Antrim GAA the modest county level upgrade it so desperately needs and deserves.

And the ramifications cascade onwards. Without a new Casement there will be little NI participation in any future Rugby World Cup. The kiboshing of the Maze (or any other shared site) made it our second card. So too the opportunities for local economic renewal (which DCAL have been exceptionally poor at selling) in building a high regional grade sporting asset.

With Ravenhill delivered, Windsor on the way but Casement interminably delayed, it’s a pattern that suggests the party’s maximite demands away are leading to minimal delivery at home. Surely even Sinn Fein, in it’s own almost fanatically loyal political parish, cannot afford to discount the long term effects of inaction on their own base?

And deeper post March cuts in welfare will hurt their base much more than almost anyone else’s.