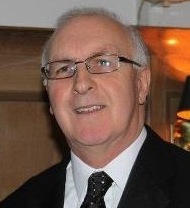 The News Letter has appointed Rankin Armstrong as its new editor. Darwin Templeton left the role (for UTV) nearly 12 months ago and since then Johnston Press has conducted an exhaustive [Ed – you mean exhausting?] search, including at least two rounds of interviews which included candidates from the newspaper group’s English operation.

Most recently the paper’s deputy editor, Rankin has spent around 40 years in journalism, spending time in the Irish News and Belfast Telegraph as well as local weeklies and the University of Ulster.

Over the next months he’ll have continue to address the 275 year old paper’s readership figures (running around half that of the Belfast Telegraph and Irish News), the impact of the withdrawal of NI Executive advertising, and Johnston Press’ “social, local, mobile” plan to bring online editions to a tablet device near you.