Despite some optimistic noises overnight, it still seems more likely than not that Greece will face new elections.  As the Guardian live-blog noted earlier today

The Democratic left party in Greece has said it will not back a pro-bailout government.

In the meantime, there are still a few days left to catch eurosceptic Michael Portillo’s erudite examination of the problem on This World: Michael Portillo’s Great Euro Crisis.  The Guardian reviewer highlighted one scene of particular interest, if not for the right reason.

There was a wonderful exchange between our man and Germany’s minister of finance Wolfgang Schäuble. Portillo averred that democracy would suffer as a result of the crisis. Schäuble gave what I suspect is his daily blink, followed by a precise summary of all the layers of democratic election involved in constructing the European institutions involved that would “supplement” sovereignty. “For a British Eurosceptic,” he added, unsheathing his internal switchblade and gently pressing it against Portillo’s psyche, “that’s a little difficult to accept. For that reason, one must constantly promote it as the better solution for the 21st century.”

I said Portillo was charming. I didn’t say it wouldn’t still be fun to see him metaphorically unseamed to the chaps. And so it was. 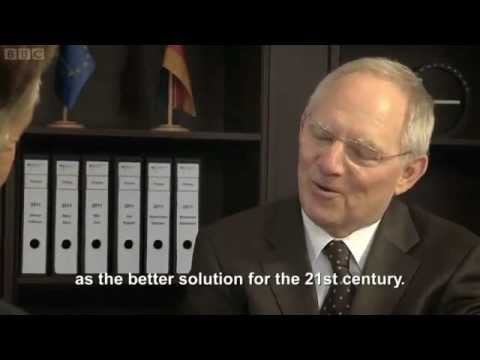 Schäuble’s riposte is fine…  But doesn’t actually address the question.  [Or the political trilemma – Ed].

As Tim Garton Ash, a believer in the European Project, pointed out recently, also in the Guardian

I hope to live long enough to read the official French and German records of next week’s conversation between Hollande and Merkel in Berlin, and first-hand accounts of the relevant conspiratorial dinners. By these well-tried methods, Europe’s leaders will reach a compromise. It will probably involve a watered-down but then dressed-up Hollandesque “growth pact” to complement Merkel’s fiscal pact, with European funds, banks and so-called mechanisms allowed to provide an added element of stimulus.

I don’t recall whether back in 1991 people quipped about Kohlrrand or Mitterohl, as everyone now does about Merkozy giving way to Merde. But well they might have, although Kohlrrandeotti would have been more exact then, and perhaps Merkhollti today. (The economic competence, integrity and reported influence on the German chancellor of Mario Monti merit at least a letter or two.)

More seriously, the fundamental politics of this decision-making have not changed. Since Maastricht, the European parliament has gained more powers, but that has not produced European politics to shape European economics. Now, as then, these are national leaders, pursuing national interests, as defined by their own national elites. They justify their conduct to still overwhelmingly national media. The elections that matter are national ones, most recently in France and Greece. Even some sub-national elections – such as Sunday’s in North Rhine-Westphalia – can be more important than the European ones. [added emphasis]

And, as President of the Euro Group of finance ministers, and Luxembourg’s Prime Minister, Jean-Claude Juncker is reported to have claimed years ago – “We all know what to do, but we don’t know how to get re-elected once we have done it.”  [But do you believe him? – Ed]  Perhaps…

But if believers in the European Project aim to continue to “supplement” sovereignty in the manner they have been doing, one thing remains true – “None of Europe’s leaders are yet spelling out the cultural revolution that is to come.”  One way, or the other… 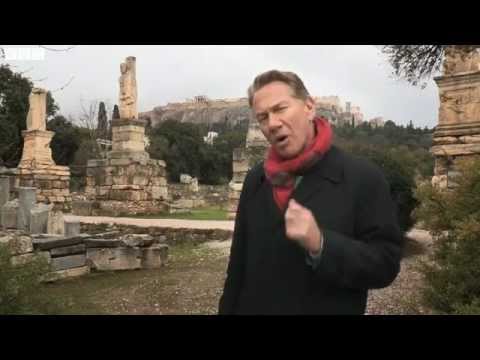