Paul Mason has probably the most to the point contribution to the discussion on the effects of this #hackgate affair of the last few days. Not least, how come (beyond the old fashioned enterprise work of Nick Davies) this time the dirt stuck when thrown at the Dirty Digger:

If Britain’s senior politicians are serious about that break then it will signal – without a single law being passed – a major change in the country’s de-facto constitution.

In economics journalism, we have learned to study what the Financial Times writer Gillian Tett calls “the social silence”: the subject that everybody at high-class cocktail parties wants to avoid.

After Lehman Brothers collapsed, we realised that the unasked question had been the most important: “on whose books do the increasingly toxic debts of the housing market stand?” The answer was “in the shadow banking system”, but we only knew it existed when it collapsed.

And Mason pulls on a famous figure from Childrens literature to suggest a practical answer to an oft asked question:

why do all politicians kow-tow to Mr Murdoch; what is it that makes them incapable of seeing the moral hazards of the relationship?

Nobody outside the Murdoch circle knows the full answer, but I suspect it is quite prosaic: like the Wizard of Oz, Mr Murdoch’s power derived from the irrational fright politicians took from his occasional naked displays of it.

But most critically (and one that local parties whose stock in trade is the manufacture of consent):

Rupert Murdoch’s resilience relies on the few handpicked lieutenants and family members holed up in London and New York. It is a classic “Weberian hierarchy” – a command structure stronger vertically than horizontally.

Six months ago, in the context of Tunisia and Egypt, I wrote that the social media networks had made “all propaganda instantly flammable”. It was an understatement: complex and multifaceted media empires that do much more than propaganda, and which command the respect and loyalty of millions of readers are now also flammable.

Where all this leaves Noam Chomsky’s theory I will rely on the inevitable wave of comments from its supporters to flesh out. But the most important fact is: not for the first time in 2011, the network has defeated the hierarchy

Before anyone goes looking to blast Paul’s post out of the water for the hyperbolunmediatablee of that last line, I don’t believe this is, by any means, the end of a war. Last year in a PDF panel debate at the RSA in London, I argued (about 2.40 in) that last year’s poll was the first ever that was so profoundly unmediated by any major journalistic enterprise: 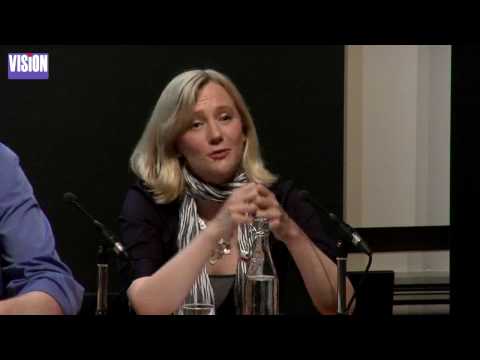