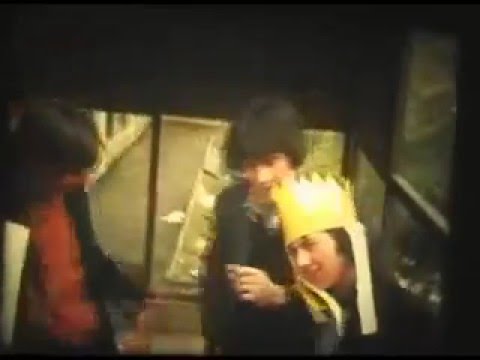 Right, many of you won’t make much of this. But if you are anywhere near fifty, you’ll certainly remember the music (taken from the Pound Club, behind Roddy’s and opposite the bus station in Oxford Street, I think. It turns out to be “The Pieces of Eight” in Anne Street) and that unforgettable mid 70s look.

For reference the loop section for the chorus features former President of the College, Father Joe Conway, a supremely gentle civilised man who faced his daily dose of adversity with some equanimity.

Parts two and three are here and here. Kudos to the unnamed hero who put this record of 1970s teenage madness together. It may have to do in place of a re-union, because there seems to be way too few of us online to make it happen.

I think I recognise a few faces. But mostly I can’t believe it is so long ago already. Enjoy!