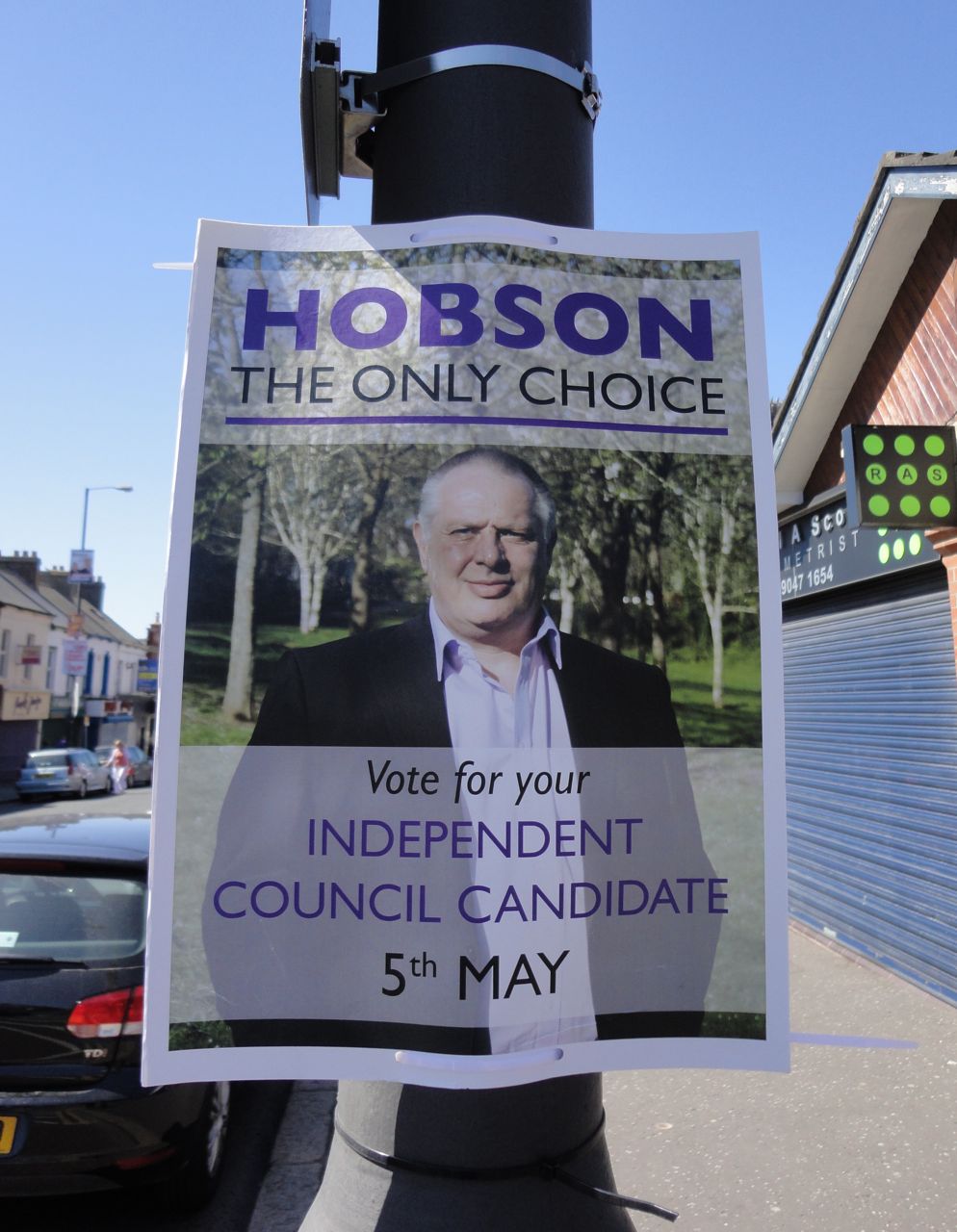 If there was ever a time to run as an independent – particularly for council – surely this was the year to get out around the streets and convince people to give new voices a chance – new voices that weren’t wedded to historic party policies, tribal politics and uniformed organisations of one for or another.

Disappointingly, although Roy Hobson is running as an independent candidate for Belfast City Council in Victoria Ward, he hasn’t put any literature through the door of our old house. In fact, other than the SDLP, he’s the only council hopeful not to have sacrificed a tree to the electorate to plea for their vote.

In fact, other than a few posters and a sparse Facebook page which 13 people have liked (I can account for one of those), it’s difficult to find out much else about Hobson’s views. His website is sparse too. (There’s no contact information on the Facebook page or poster – other than his address less than half a mile away from our old house – so no way of easily contacting him before posting.)

He’s certainly not presenting the voters with a set of cast iron reasons why he’s the man to claim their “1” … no Hobson’s choice!

Update – and he’s certainly not making it clear that he still has links to the UUP in East Belfast!

Further update – Roy added a lengthy comment last night, outlining his party position as well as a run down on his policies.