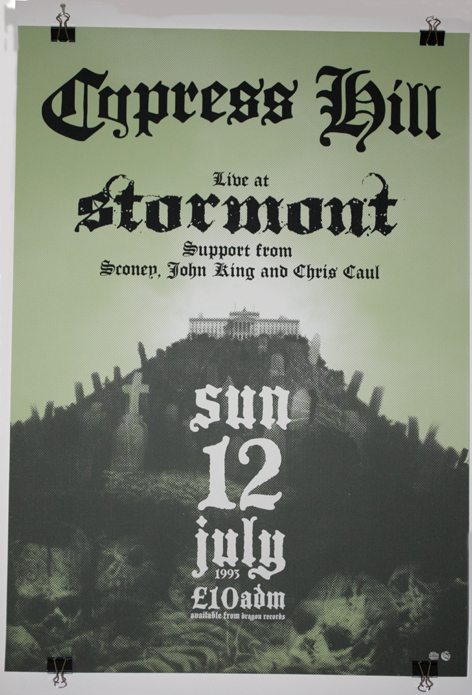 10 local designers were specially commissioned by Dragon records to produce the posters which are limited to an edition of 10 each and, at £25 each, seem to me to be a bargain for a unique and distinctive piece of art. I know which one i’ll be buying.

This by KVLR and Neil Mercers spoof poster for homophobe Buju Banton and his”gig” at the Crows Nest are my favourite. There are another 8 so head down and have a look for yourself. It is along the lines of the Vacuum exhibition for films that may or may not have been made.