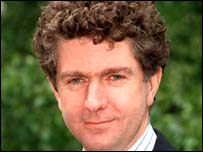 MORE extracts from the new book by Tony Blair’s former chief of staff, Jonathan Powell, are now online at the Guardian. While many of today’s headlines will concentrate on Blair’s early desire to talk directly with the IRA’s Army Council, there are other interesting nuggets. Remember when Gerry Adams favourite used to be ‘alternative’? He was, we understood, talking about an alternative to physical force to achieve a united Ireland. But in his first Downing Street meeting with SF, the PM clearly interprets that the ‘alternative’ is Adams being prepared to accept something less than a united Ireland. Powell discusses the book here and introduces it here.

He [Blair] asked if Adams could go back and tell his people there was no possibility of a united Ireland. Adams said the question was rather how he could bring his people along. He had to show them there was an alternative way forward.

After the meeting Tony said to John [Holmes, Blair’s Northern Ireland adviser] and me he was pleased that Adams seemed to accept he would have to live with something less than a united Ireland as the outcome of the process.

So was the means or the end the real ‘alternative’? I fear there is no answer, since both Blair and Adams preferred the grey shades of ‘constructive ambiguity’ to overcome obstacles in a process they saw as unstoppable.

Both sides come out of the No. 10 encounter agreeing that they should attempt to deliver the republican movement as a whole. Sinn Fein would try to avoid a split; the British would abandon ‘divide and conquer’ tactics – something that would later lead to accusations of being too soft on SF as the two opposing agendas slowly dove-tailed. As the Guardian’s leader column states:

Reading the book, it is hard not to ask whether at times the government became too keen to keep Gerry Adams and Mr McGuinness onboard: the endless and costly Bloody Sunday inquiry and the abortive effort to offer an amnesty to on-the-run prisoners were consequences. The book suggests that even Sinn Féin was surprised to be offered some of this. Peter Mandelson, Mr Powell makes clear, favoured a different approach.

But Powell believed it was right to make concessions to Sinn Féin: “We certainly believed there was every chance that the IRA might go back to violence, just as they had with the Canary Wharf bomb [in 1996].”

Powell adds in the audio file: “We didn’t know quite how to judge what their bottom line was. So instead of aiming for the lowest possible price for the agreement we had to weigh up the significance of getting an agreement and making it last.”

From outside the Derry safehouse, or wherever Powell met SF, it appeared that those with the potential to derail the process could probably make the British buckle under the threat of violence.

He says: “In the end that led to a loss of credibility in the Agreement and indeed in us, particularly amongst the unionist population. And we probably should not have done that. But at the time on balance that seemed to be necessary to keep that bicycle upright [the process continuing].”